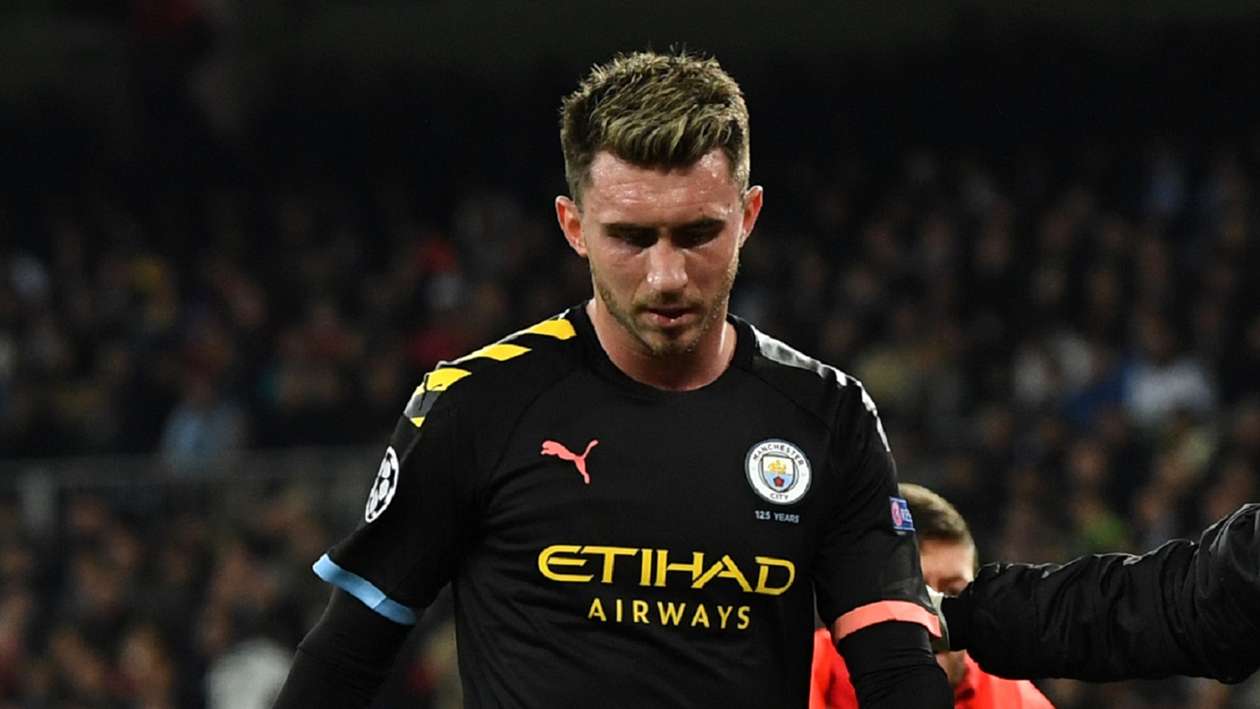 Aymeric Laporte fears he will be missing for a few weeks after limping out of Manchester City’s victory over Real Madrid with a hamstring injury.

However, City have not yet put a timescale on a return for the French defender, who has already missed five months of the season with a serious knee injury.

The 25-year-old looked tearful when he left the pitch in the 33rd minute of City’s 2-1 victory at Santiago Bernebeu on Wednesday night. Laporte signalled to the bench that he could not continue but was able to walk off the pitch to be replaced by Fernandinho.

The game in Madrid was his fourth since coming back from the knee injury but he was substituted in his three previous appearances, including at Leicester City on Saturday.

His absence will be a major blow for Pep Guardiola, who described him as the “best left-sided defender in the world” after making his comeback against Sheffield United last month.

City have not conceded a goal when he has been on the pitch this year but within half an hour of him being substituted, Isco had put the 13-times European champions ahead.

Laporte would miss Sunday’s Carabao Cup final against Aston Villa as well as the Manchester derby and the second leg of their last-16 tie with Real at the Etihad Stadium.

City also face Premier League leaders Liverpool on April 5 and a potential Champions League quarter-final in the following weeks if they can complete the job against the Spanish giants.

Guardiola would not be drawn on the extent of the injury, following the game, only saying Laporte was injured

“He’s had four or five months and it’s a problem when you come back, and he came back in this demanding game, it’s a pity,” the City boss said. “We dreamed to be with him until the end.

“Unfortunately, we’ve suffered a lot in this department. But, with John [Stones], with Nico [Otamendi] and Fernandinho we’ll go through.”

The injury is also a blow to Laporte’s hopes of breaking into France’s national team squad ahead of this summer’s European Championships.

Despite his outstanding form for the Premier League champions, he has never won an international cap, though he was called up by France boss Didier Deschamps days before his knee injury.

Raheem Sterling at least made his comeback from a hamstring strain in the win over Madrid as a second half substitute while Leroy Sane is pushing to be part of Guardiola’s squad after missing the whole season with a cruciate knee injury.