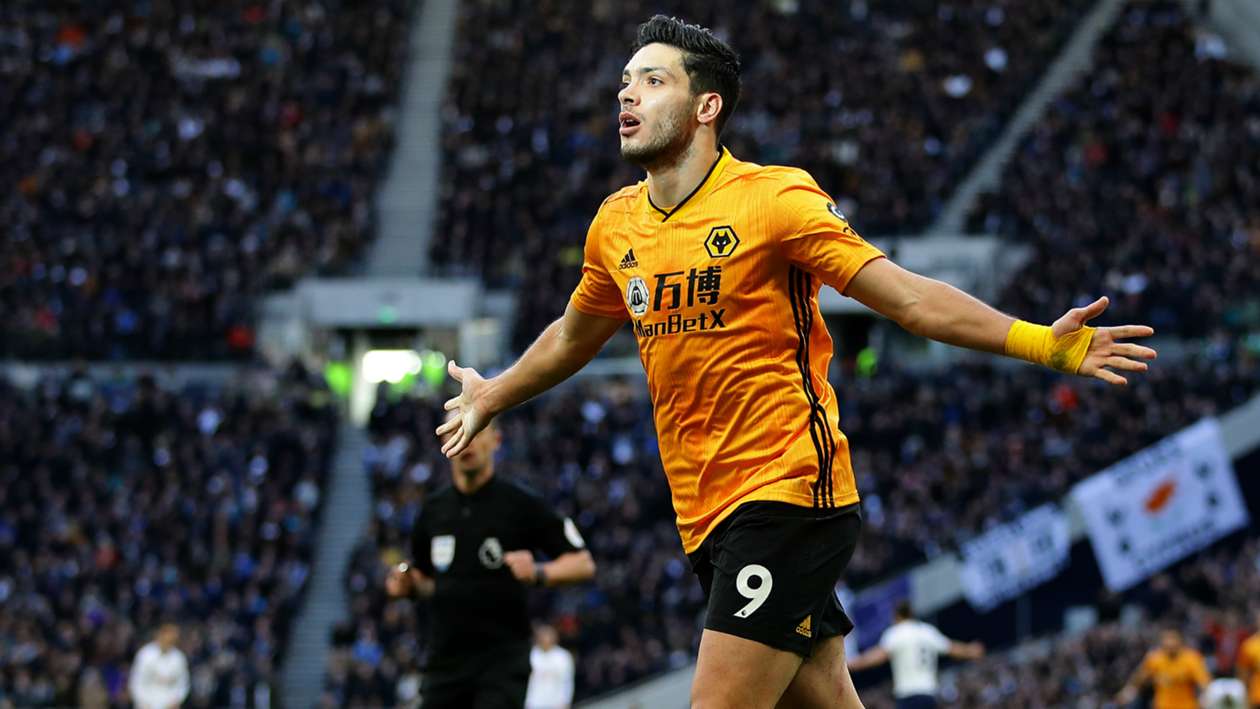 Raul Jimenez scored the winner as Wolves twice came from behind to record a superb 3-2 victory at Tottenham that boosted their challenge to finish in the Premier League top four.

After a stirring performance on Sunday, Wolves moved above Tottenham into sixth and now sit just three points behind Chelsea in fourth spot.

Spurs were leading at the break after Serge Aurier scored his first league goal for three years in the last minute of the half, Matt Doherty having cancelled out Steven Bergwijn's opener.

But Diogo Jota scored his sixth goal in three games to get Wolves level before he impressively set up Jimenez to decide the contest with 17 minutes remaining.

Spurs made a fast start and they were in front after 13 minutes, Bergwijn converting a first-time finish on the rebound after makeshift striker Dele Alli had his shot saved by Rui Patricio after Aurier's cut-back created the opportunity.

A defensive error allowed Wolves to level the match with their first shot on target after 27 minutes, Doherty presented with a straightforward finish from six yards after Japhet Tanganga had poorly dealt with Ruben Vinagre's cross from the left.

But Aurier gave Spurs a deserved half-time lead, cutting inside after taking a pass from Alli and rifling a left-footed shot beyond Patricio into the far corner.

Alli was inches off target with a free header from Ben Davies' deep cross and Wolves made the hosts pay at the other end in the 57th minute.

Adama Traore - who later went off with a shoulder injury - combined with Jimenez and Doherty in a swift counter-attack that fed in-form Jota, who scored a simple tap-in.

And Wolves got the winner when superb work from Jota down the left created a chance for Jimenez, with the striker showing impressive composure to jink past Tanganga and finish past Paulo Gazzaniga.