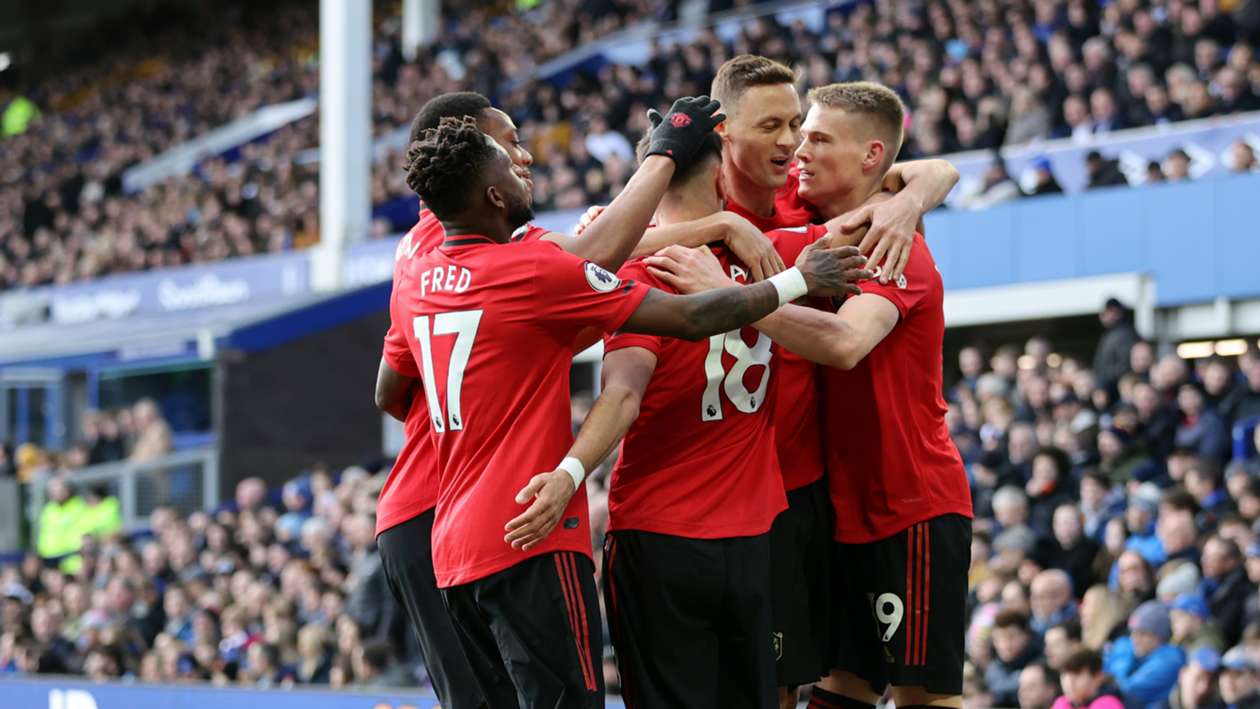 United were seeking a third top-flight win on the bounce for the first time since January 2019, but in the end they were grateful for a point in a fiery game at Goodison Park that saw Everton boss Carlo Ancelotti shown a red card after the final whistle.

Fernandes got the better of Jordan Pickford with a long-range effort to cancel out Dominic Calvert-Lewin's opener, the in-form forward profiting from a poor De Gea clearance inside the opening 160 seconds.

Everton hit the post in the second half and thought they had won the contest in the second minute of added time when Calvert-Lewin's shot deflected in off Harry Maguire, but it was ruled out for offside by VAR and Ancelotti was shown a red for his protests.

Ancelotti's side were gifted an early lead as De Gea dithered too long on the ball and was closed down by Calvert-Lewin, who stuck out a leg to divert the clearance into an empty net.

De Gea pulled off a low save to thwart Calvert-Lewin less than two minutes later but United, beaten 4-0 in this corresponding fixture last season, soon grew into the contest.

Nemanja Matic curled a shot against the crossbar and the visitors' pressure told as Fernandes' swerving effort found net, despite Pickford getting down to his right.

United were given a scare shortly before the hour mark when Gylfi Sigurdsson's free-kick came back off the post, with Richarlison unable to beat De Gea from the rebound.

Calvert-Lewin's shot diverted off Maguire and past De Gea, only for the video assistant referee to rule it out as Sigurdsson was obstructing the view of the United keeper while on the floor in the six-yard box.