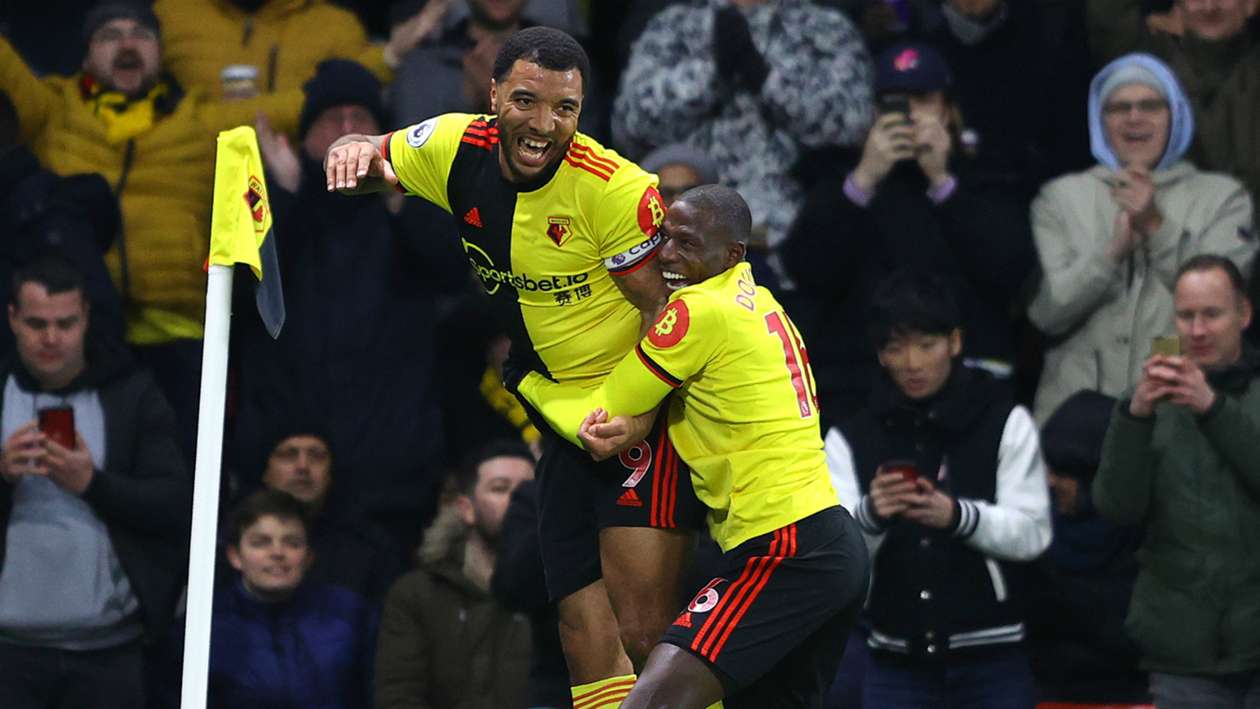 Ismaila Sarr inspired Watford's incredible 3-0 win over Liverpool, who lost for the first time in 13 months

Liverpool's 44-match unbeaten run in the Premier League came to an abrupt end with their first loss of the season in a 3-0 reverse at Watford on Saturday, Ismaila Sarr and Troy Deeney combining to down the Reds.

Jurgen Klopp's men went into the clash at Vicarage Road on the back of 18 successive league wins, one short of a new record, but the bright Hornets were thoroughly deserving of the victory to boost their survival hopes.

Watford's promising start looked as though it might go to waste when Gerard Deulofeu – their chief threat – was forced off with a potentially significant knee problem before half-time.

But the home side maintained their level after the interval and the lively Sarr was hugely effective with two goals, and Deeney finished them off 17 minutes from the end as Liverpool's hopes of an 'invincible' season were vanquished.

Liverpool offered little in a muted first-half display, with Watford looking much livelier in attack through Deulofeu.

He troubled Trent Alexander-Arnold twice early on as he put a couple of shots just off target, cutting inside and curling an effort just over the top-right corner inside the box for the second.

But the Spaniard's match ended early in the 37th minute when he had to be carried off on a stretcher, having seemingly suffered a serious knee injury during a tussle with Virgil van Dijk.

Watford were unlucky to not lead just before half-time – Alisson making a mess of a routine collection, but Deeney failed to capitalise.

Liverpool failed to improve after the interval and Watford eventually got a deserved opener, as Abdoulaye Doucoure latched on to a throw-in and lashed the ball into the danger zone for Sarr to prod home.

The winger got a second in even more impressive circumstances soon after, chasing Deeney's brilliant throughball behind Van Dijk and cheekily lifting his finish over the approaching Alisson.

Sarr was crucial again for Deeney's clincher, chasing down Alexander-Arnold's woeful back-pass and teeing up his strike partner who calmly turned in with Alisson in no-man's land.