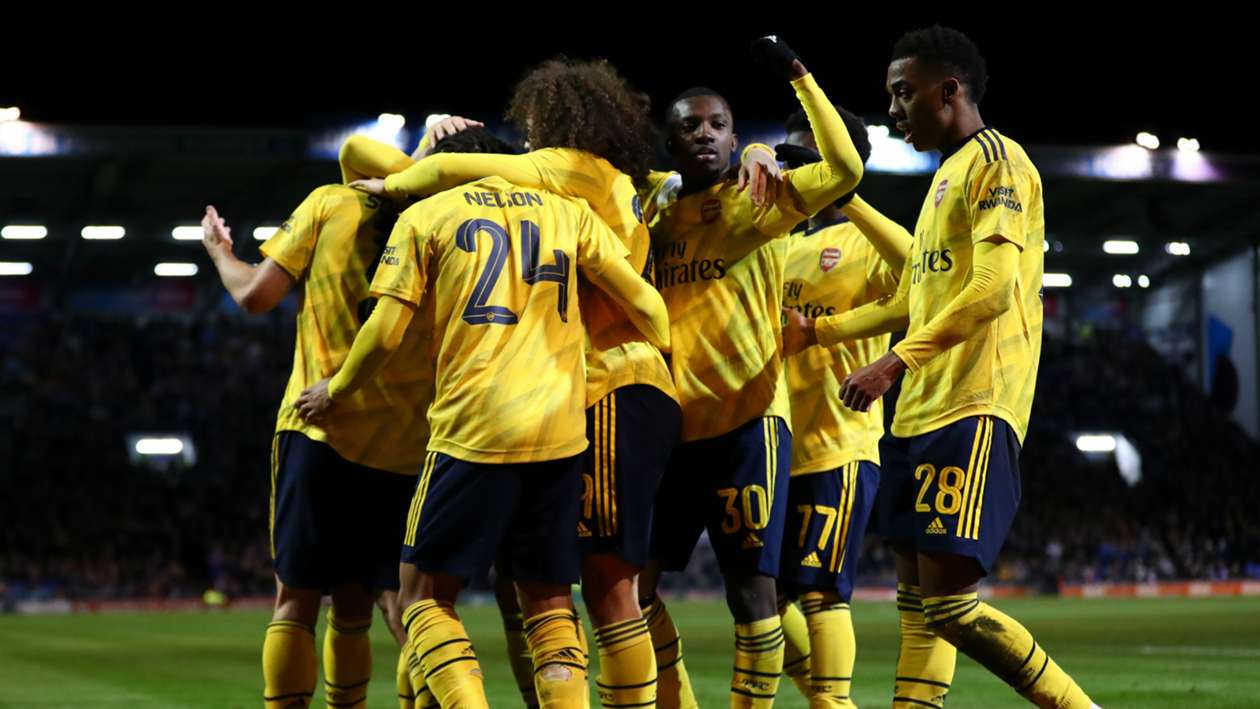 Portsmouth put up a brave showing but Arsenal's Premier League quality ultimately shone through in their FA Cup fifth-round tie.

Sokratis Papastathopoulos and Eddie Nketiah were on target as Arsenal battled for a 2-0 win at League One Portsmouth that booked their place in the FA Cup quarter-finals.

The Gunners survived some nervy moments to take an undeserved lead into the break at a noisy Fratton Park thanks to Sokratis' well-taken goal in first-half injury time.

Nketiah then scored for the third time since returning from a loan spell at Leeds United in January early in a far more comfortable second half to end any hopes of an upset from a game Pompey side.

Arsenal, record 13-time FA Cup winners, struggled in the opening exchanges and saw Lucas Torreira taken from the field on a stretcher after a robust challenge from James Bolton.

The breakthrough arrived against the run of play on the stroke of half-time when Sokratis expertly guided in Nelson's low right-wing ball on the volley.

Portsmouth's game was run five minutes after the break when Nelson's ball to the front post found Nketiah, who smashed in from practically on the goalline despite a heavy first touch.

Bukayo Saka tested Alex Bass, who tipped the full-back's drive over for a corner, as Arsenal controlled the second half at a pace akin to a training exercise.