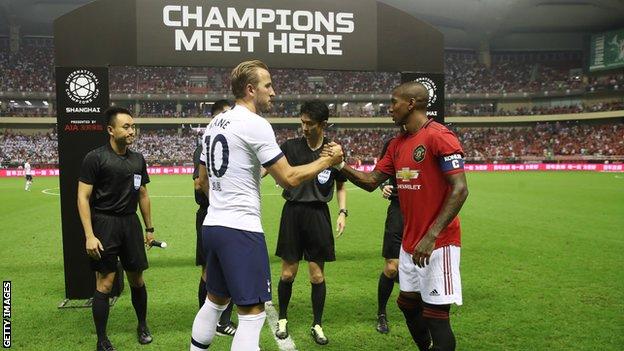 International Champions Cup matches scheduled to take place in Asia this summer have been cancelled because of the coronavirus outbreak.

Meanwhile, the Swiss Football League has been put "on hold" until 23 March after a meeting between all 20 clubs on Monday discussed "various solutions".

That decision comes after the Swiss government banned events involving more than 1,000 people until 15 March. The league added fixtures "will be resumed and continued as usual" should the government ban not be extended further.

The ICC is still to announce the schedule for this summer's competition, which is expected to have a reduced format anyway because of the Copa America and Euro 2020.

However, while there will still be matches in the United States as normal, it is felt the uncertainty over travel to Asia makes it impractical to arrange games for the region.

"The health and safety of fans, clubs, players, staff and partners are our top priority," said a spokesman for the ICC's promoter, Relevant Sports.

"Asia remains a key component of our global growth strategy and we look forward to hosting matches in the market in the near future," the spokesman added.

A number of sporting events have already been postponed because of the virus, which originated in China.

Around 86,000 people across more than 50 countries have since become infected, resulting in more than 3,000 deaths.