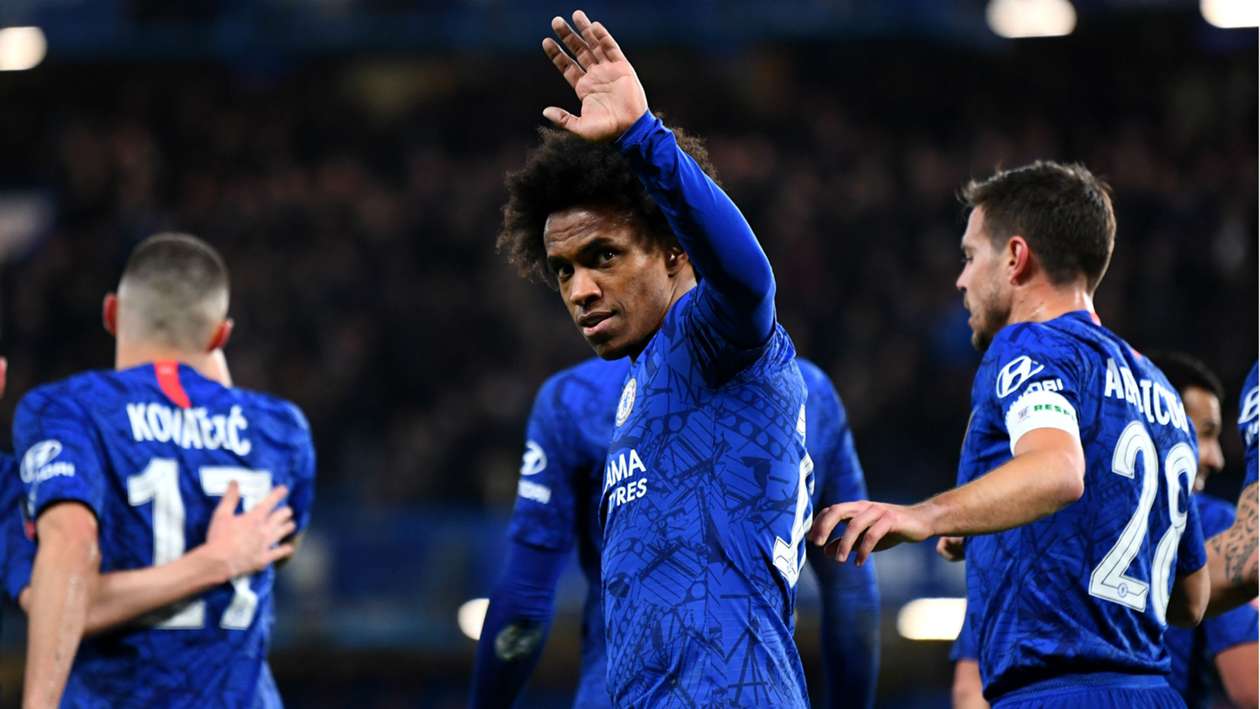 Goals from Willian and Ross Barkley, plus some excellent saves from Kepa Arrizabalaga, helped Chelsea reach the quarter-finals.

Chelsea moved into the last eight of the FA Cup as they handed Liverpool a second successive defeat, beating the runaway Premier League leaders 2-0 at Stamford Bridge on Tuesday.

Having lost for the first time in the league this season at Watford on Saturday, another trip down south saw the Reds suffer a further setback in an otherwise outstanding season.

Willian got lucky in the 13th minute as he benefited from an Adrian error to give the home side an early lead in the first meeting of the teams in the competition since the 2012 final.

The Blues doubled their advantage in the second half courtesy of Ross Barkley, though not before the recalled Kepa Arrizabalaga had kept a much-changed Liverpool at bay.

Recalled to the starting XI, the world’s most expensive goalkeeper pushed his case to stay ahead of Willy Caballero, including making three saves in the space of four seconds to deny Sadio Mane, then Divock Origi and finally Curtis Jones.

Adrian had produced a reactionary stop to deny Willian with the game still scoreless, only to concede straight after as Liverpool gave the Brazilian a second opportunity.

Fabinho lost possession to allow his compatriot to take aim again, his firm drive catching struck a poorly positioned Adrian and spun away from him into the net.

Scorer Willian was forced off early after the break through injury, with Chelsea having already lost Mateo Kovacic, though they put the game beyond their opponents in the 64th minute.

Allowed to travel with the ball from halfway, Barkley opted to take on a shot from just outside the penalty area that flashed beyond Adrian's dive.

Mason Mount and Olivier Giroud both hit the crossbar - the latter denied by Adrian's finger tips - but two goals were enough to see Chelsea progress, ending any thoughts of a domestic double for Jurgen Klopp's Reds.