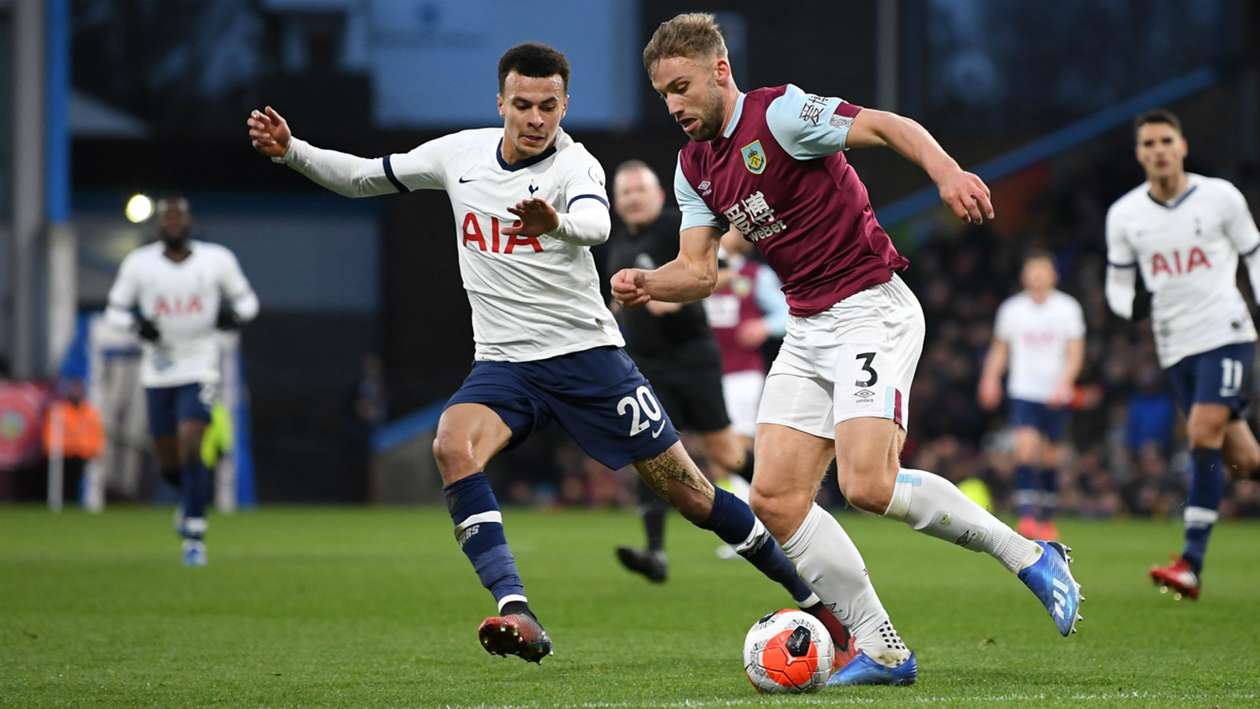 Dele Alli's second-half penalty restored parity after Chris Wood's opener, but Tottenham had to settle for a draw at Burnley

Tottenham were held to a 1-1 draw at Burnley in the Premier League on Saturday to make it five games without a win in all competitions for Jose Mourinho's men.

Spurs headed to Turf Moor after four straight defeats, the most recent being a penalty shoot-out loss to Norwich City in the FA Cup that was followed by Eric Dier confronting a supporter in the stands, and slipped to their worst run since November 2016.

Chris Wood put Burnley ahead in the 13th minute, though Mourinho may wonder why the goal stood when the ball clearly struck Dwight McNeil on the arm in the build-up.

Tottenham lacked ingenuity in the first half and a tactical switch from Mourinho saw them offer a greater threat after the break, but a penalty from Dele Alli – his 50th Premier League goal for club – was all they could muster.

Tottenham appeared to be lacking ideas when going forward and Wood should have doubled Burnley's advantage in the 43rd minute, but he was unable to turn James Tarkowski's knock-down on target from inside the six-yard box.

Phil Bardsley saw an acrobatic effort sail narrowly over in stoppage time and Mourinho responded by changing to a four-man defence and sending on Lucas Moura and Giovani Lo Celso for the second half.

Lo Celso made a quick impact by driving forward and releasing Lamela, who was felled by Mee in the box and Alli sent the resulting penalty into the bottom-right corner.

Burnley felt they should have had a penalty when Davinson Sanchez sent Wood to ground in the 55th minute, but referee Jon Moss saw nothing wrong with the challenge and the VAR did not intervene.

The closest Spurs got to snatching a winner came when Lo Celso bent a wonderful effort from 18 yards narrowly wide, while a good save from Lloris in the 84th minute stopped Matej Vydra consigning them to defeat.