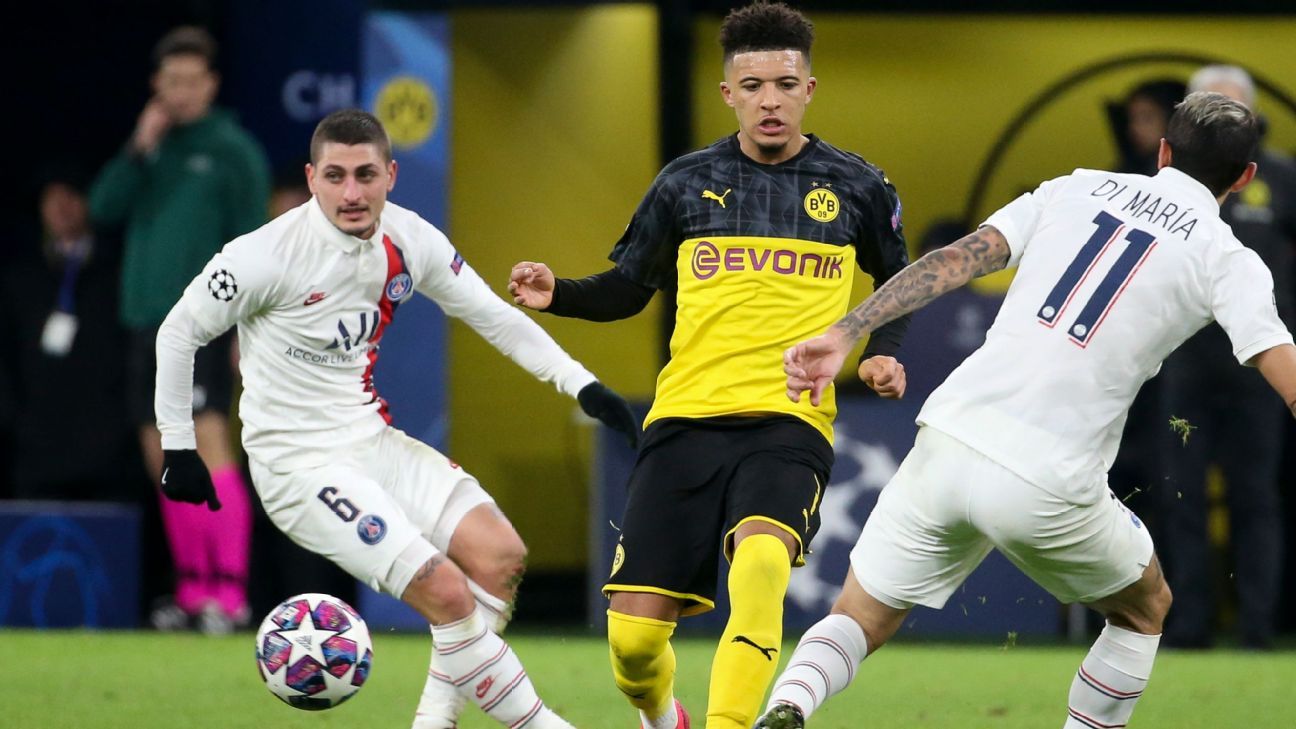 Paris police announced on Monday that Paris Saint-Germain's Champions League knockout clash with Borussia Dortmund will go ahead behind closed doors due to coronavirus fears.

Despite the club's best efforts to sanitise Parc des Princes to make it possible to welcome spectators for the round-of-16 second-leg amid the coronavirus outbreak, the French government's announcement on Sunday night that gatherings of more than 1,000 people will be banned until further notice has ended those hopes.

"Applying the measures announced by the Defence council last night," read the Paris Police statement. "The Police prefect has decided that PSG vs. Dortmund will take place behind closed doors."

PSG saw their Ligue 1 clash away at Strasbourg postponed on Saturday because of a spread of coronavirus in the lower Rhine region.

And French sports minister Roxana Maracineanu has since announced that until April 15, Ligue 1 and Ligue 2 matches (France's two fully professional football leagues) will either be played behind closed doors or with 1,000 spectators depending on the wishes of the organiser.

Maracineanu also indicated that there would be funds to compensate any sporting events forced to play behind closed doors or cancelled. Under the proposed rules, the French domestic matches affected would include Le Classique between Marseille and PSG at Stade Velodrome later this month, and the Coupe de la Ligue final between PSG and Lyon at Stade de France in early April.

It has already been confirmed that Valencia's Champions League game in Spain this week against the Italian side Atalanta will be played behind closed doors.

Two Europa League matches on Thursday -- AS Roma at Sevilla, and Wolverhampton at Olympiakos -- will also be played with no fans in the stands.

But RB Leipzig announced that their Champions League clash in Germany against Tottenham will go ahead on Tuesday with supporters allowed to attend.

German Football League (DFL) CEO Christian Seifert told Bild that "it's no longer in the hands of the clubs or the DFL" whether upcoming matches in Bundesliga will be played with fans present.

"We would prefer to play out the next match day with spectators, but, sadly, that's not very realistic," he added and said that the league has decided to go ahead with games. "Authorities must decide how many spectators they will allow in or if no-one at all."

Talks are also ongoing over the possibility of playing Barcelona's game against Napoli, scheduled for March 18, behind closed doors due to the continued outbreak.

Sources have told ESPN that Barca will meet with various departments of the Catalan government on Tuesday to make a final decision.

The Catalan secretary for sport, Gerard Figueras, told local radio on Monday that "caution would advise" the game be played without supporters at Camp Nou.

Naples is not one of the areas areas in Italy which is locked down because of the virus, but Figueras explained there are concerns that allowing 5,000 Napoli fans to travel to Barcelona in the current climate is not a good idea.

However, Italy Prime Minister Giuseppe Conte confirmed on Monday that all sports in the country have been halted because of the coronavirus outbreak, including games in Serie A and preparatory events for the Tokyo Olympics.

Meanwhile, FIFA and the Asian Football Confederation have agreed to postpone the Asian World Cup qualifying matches in March and June due to the outbreak.

FIFA added that the matches could still go ahead if the member associations due to play each other mutually agree, subject to prior approval.

Coronavirus, officially known as COVID-19, is a new strain of coronavirus that has surged around the globe in recent months. The coronaviruses are a family of viruses that cause illnesses ranging from the common cold to more serious respiratory diseases. Flu is caused by a different virus. There is no vaccine for coronavirus, though researchers are working on one and hope to begin testing soon. Older people, especially those with chronic illnesses such as heart or lung disease, are most at risk.

The coronavirus spreads mainly through coughs and sneezes, though it also can be transferred from surfaces. The best way to prevent infection is by frequent hand-washing, cleaning surfaces with regular household sprays and wipes, and avoiding close contact with people who are sick.

Information from Reuters and ESPN correspondents Sam Marsden and Stephan Uersfeld were included in this report.