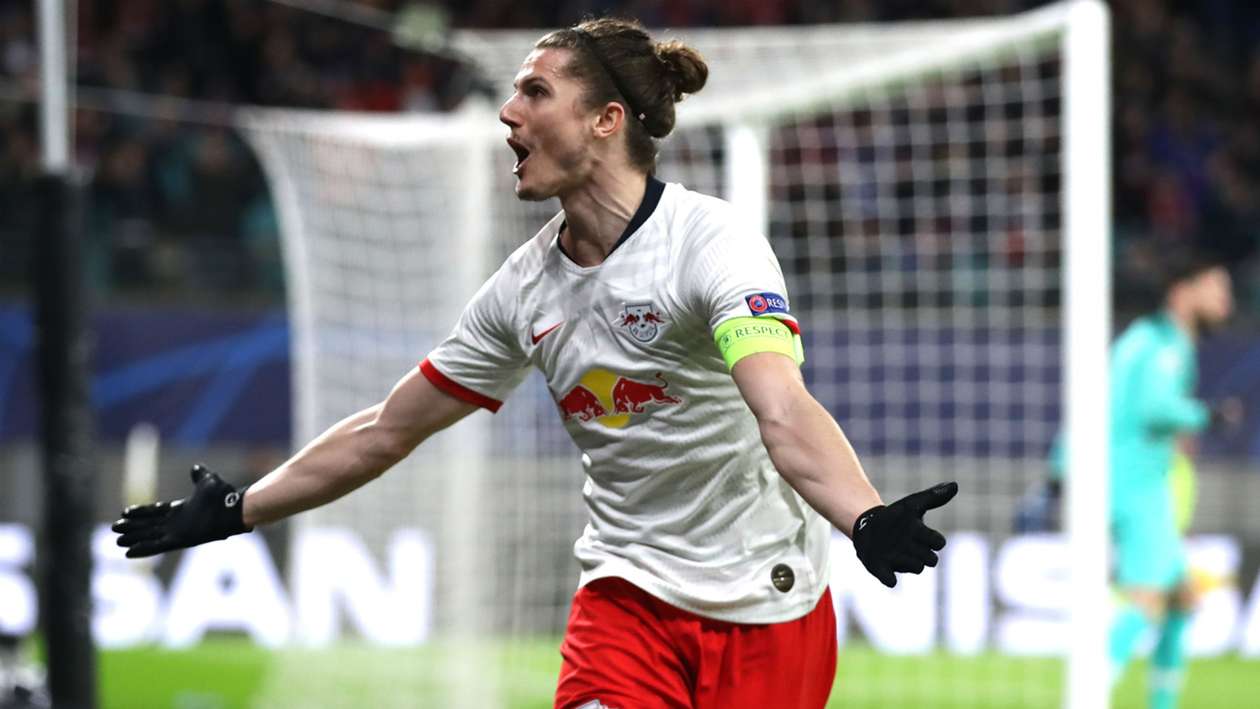 Tottenham's hopes of repeating last season's run to the Champions League final came to an end as RB Leipzig eased into the quarter-finals with a 3-0 second-leg win.

Spurs could be considered fortunate to only lose 1-0 in the first leg in London after being outplayed by the Bundesliga title chasers, and Jose Mourinho's men were very much on the back foot again at Red Bull Arena.

A comeback akin to Tottenham's incredible turnaround in the semi-final against Ajax in Amsterdam last term was never on the cards, with captain Hugo Lloris enduring a nightmare evening as Leipzig skipper Marcel Sabitzer scored twice.

Lloris made contact with each of Sabitzer's efforts but failed to keep them out, Leipzig's last-eight place booked in routine fashion as Spurs limped to a 4-0 aggregate defeat sealed by substitute Emil Forsberg's late goal.

Tottenham's task became a more arduous one in the 10th minute as, after Timo Werner's initial shot was blocked, the forward laid the ball off for Sabitzer, whose well-struck effort from the edge of the area proved too hot for Lloris to handle.

Werner had the ball in net nine minutes later but his point-blank strike from Angelino's left-wing cross was correctly ruled out for offside.

However, Leipzig's lead on the night was doubled soon after as Lloris was caught napping by Sabitzer. The France goalkeeper again got a touch, but was unable to prevent Sabitzer sneaking his near-post header from Angelino's delivery over the line.

Peter Gulacsi got down to his right to deny Giovani Lo Celso a goal that would have given Spurs hope, and Lloris had to be similarly alert at the other end after Eric Dier's clearance deflected off Patrik Schick and towards goal.

A low-key second half saw Leipzig reduced largely to efforts from long range, and though Julian Nagelsmann's men were perhaps guilty of taking their foot off the gas, they never looked like being punished for it.

There was one moment of concern for the home side, with Nordi Mukiele struck in the face with the ball, although he was able to sit up before being taken off on a stretcher.

Dele Alli's shot straight at Gulacsi was the best Spurs could muster, summing up Tottenham's lack of goal threat without the injured Harry Kane and Son Heung-min, before Forsberg pounced to add late gloss with his first touch after an Angelino cross was not properly cleared.