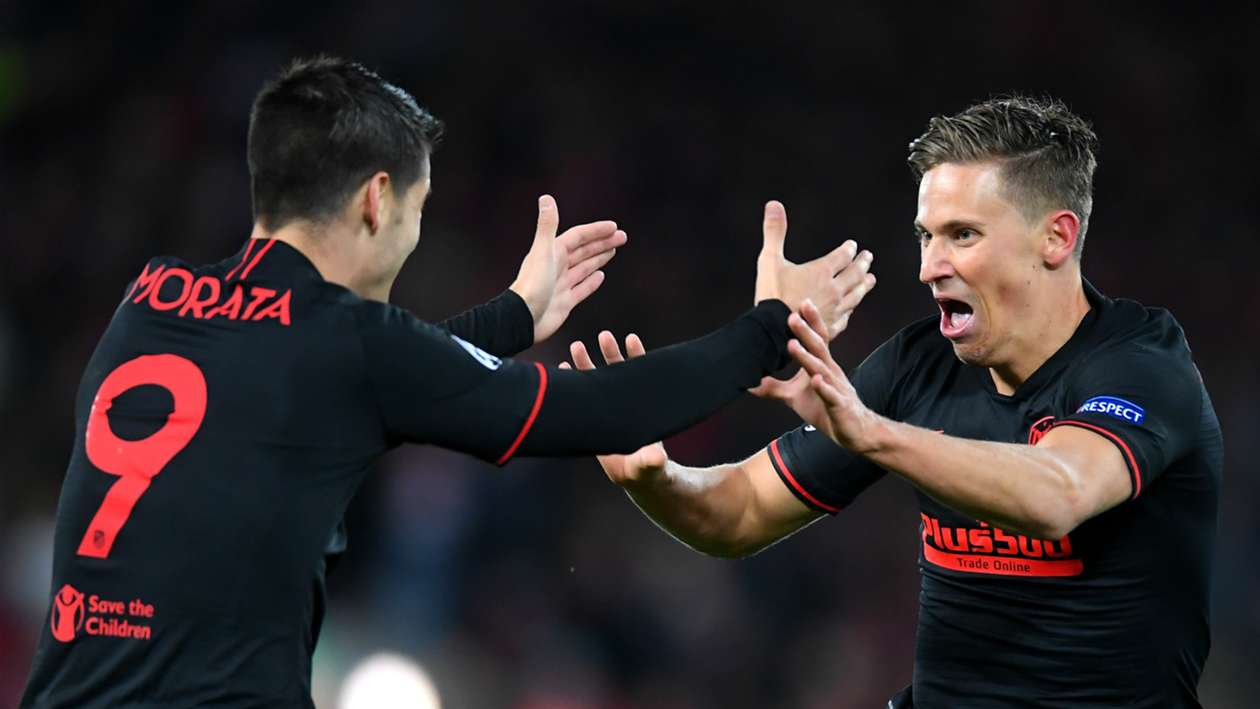 Inspired Atletico goalkeeper Jan Oblak made a string of saves either side of Wijnaldum's breakthrough goal and Andy Robertson headed against the crossbar as the contest went the distance at Anfield.

Roberto Firmino put Liverpool ahead in the tie for the first time with a goal early in extra time, but Llorente - brought on in the second half - capitalised on an Adrian error to swing the game back in Atleti's favour and added a second eight minutes later.

Alvaro Morata applied gloss to the scoreline in the waning seconds of extra time, sending coach Diego Simeone sprinting down the touchline in delirious scenes from the visiting side and their travelling supporters.

Diego Costa wasted a glorious chance to extend Atletico's aggregate lead when firing wide with only Adrian - in for the injured Alisson - to beat after just 13 seconds.

Liverpool, who failed to register a single shot on target in the first leg, recovered from that early scare and tested Oblak for the first time through Wijnaldum's fifth-minute header.

Oblak was also needed to keep out Alex Oxlade-Chamberlain, Sadio Mane and Roberto Firmino as Liverpool desperately chased a goal to level up the tie.

And the all-important breakthrough arrived shortly before the interval as Wijnaldum guided Oxlade-Chamberlain's cross into the ground and away from Oblak.

Liverpool did not take their foot off the gas but were denied by a series of saves from Oblak, including impressive stops to again frustrate Oxlade-Chamberlain and Firmino.

Adrian reacted well to thwart Angel Correa but Liverpool soon turned up the heat as Robertson headed against the woodwork after Mohamed Salah's shoot looped into the air.

Atletico thought they had won the game in the 93rd minute, only for Saul to rightly be flagged for offside, and they found themselves behind early in extra time - Firmino heading against the post with his first effort before converting the rebound.

But Adrian's hacked clearance soon after proved costly as Llorente sent the ball out of the stand-in keeper's reach, and the midfielder jinked inside Jordan Henderson to curl home from 20 yards for his second.

And with Liverpool pushing for the two goals they needed to progress, Morata took advantage of some space at the back and yet more questionable goalkeeping from Adrian to add a late third.