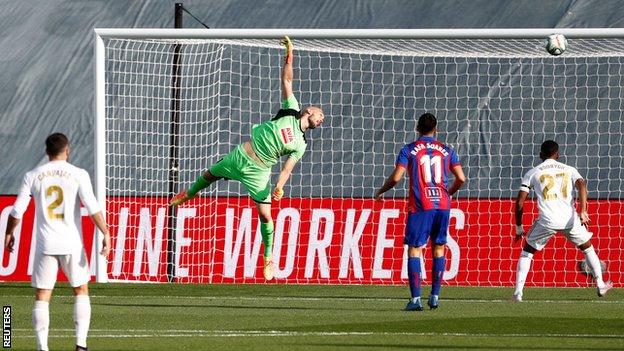 Zinedine Zidane is the third Real Madrid manager to reach 200 matches in all competitions, after Miguel Munoz (605) and Vicente del Bosque (246).

The Bernabeu stadium is being renovated so Real are playing their remaining home games at the Estadio Alfredo di Stefano at their training ground.

Toni Kroos ensured there was no settling in period, driving in a brilliant goal after just four minutes.

Sergio Ramos and Marcelo scored before half-time in a routine win.

The hosts faded badly in the second half, with Marcelo in particular looking dizzy at one point and needing to take on fluids, and Eibar pulled one back through Pedro Bigas' fortunate strike. 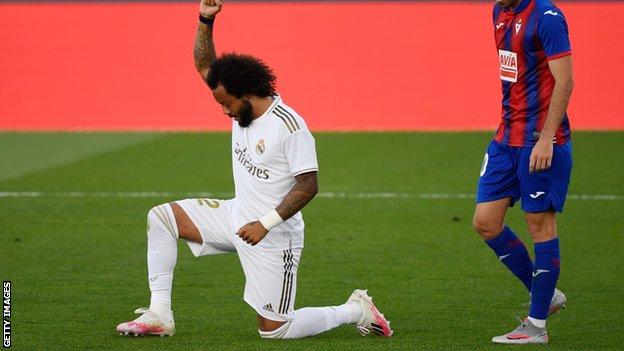 Brazilian left-back Marcelo took a knee while celebrating his goal

But Zidane - in his second spell and remarkably just the third manager in the club's storied history to reach the landmark of overseeing 200 games - chalked up another win to move back to within two points of leaders Barcelona.

The France legend has won 10 trophies in charge of the club.

Gareth Bale came on as a second-half substitute but was barely involved.

The pitch at the club's training base - home of Real Madrid's B team and with a capacity of just 6,000 - has the exact same dimensions as the Bernabeu and Kroos looked at home when he hammered in the brilliant opener.

Ramos' goal was equally impressive. The defender cut out a pass 20 yards from his own goal, played in Karim Benzema and charged forward. Benzema picked out Eden Hazard, making his first appearance since surgery in February, and he laid the ball back for Ramos to drill into the vacant net.

Hazard was sharp in the first half and when his shot was saved Marcelo was on hand to smash in the third.

Eibar, involved in the relegation discussion at the foot of La Liga, pulled one back when Bigas diverted a shot through Thibaut Courtois but Real were able to see the game out with minimal fuss. 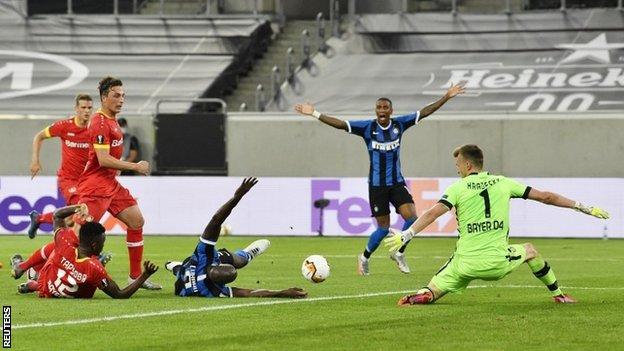 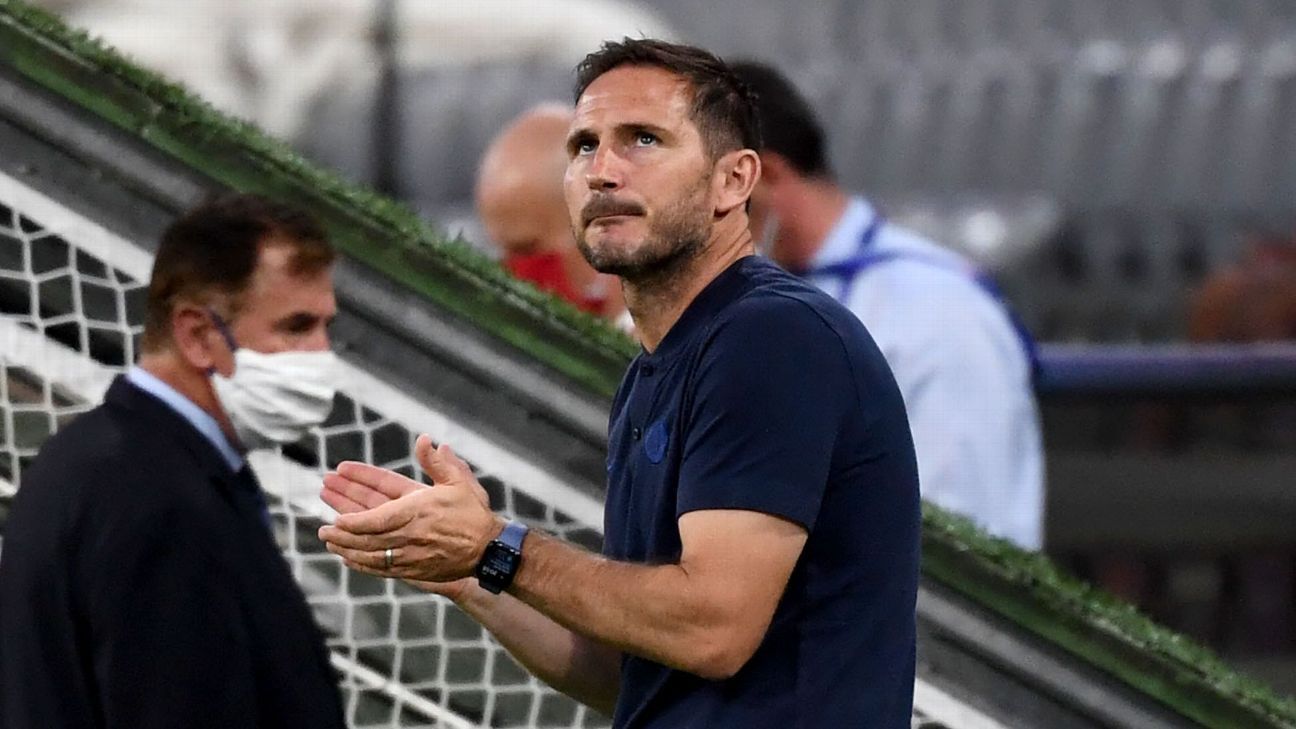 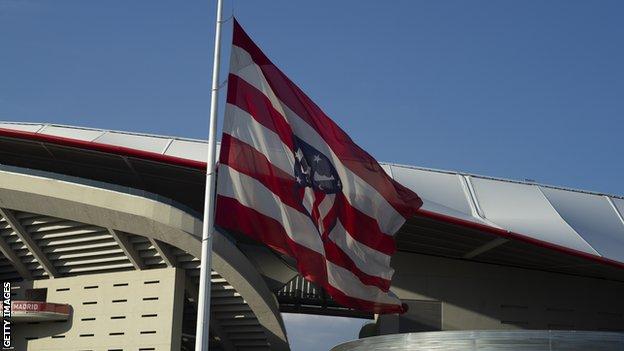