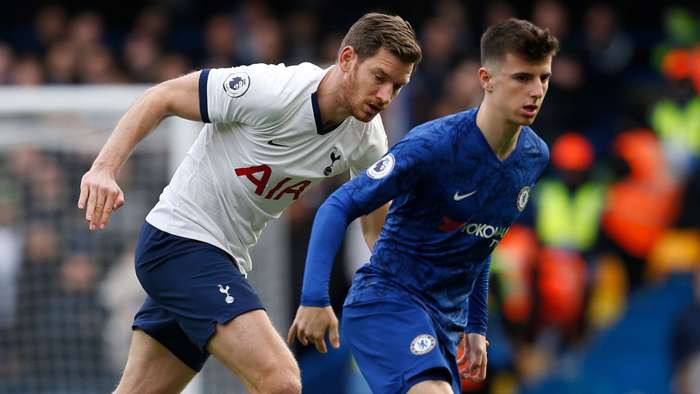 The Belgium defender has given some clues in the past as to where he could end up, and it seems a resolution might not be far away

Jan Vertonghen says he has an idea of where his next club will be, following his exit from Tottenham.

The 33-year-old Belgium defender confirmed his departure on Monday, leaving on a free transfer after eight seasons in north London.

Former club Ajax have already ruled out a return after unsuccessful talks, while Vertonghen has said he wants to move abroad and learn a new language.

Asked on talkSPORT where his next club could be, Vertonghen said: “That will be out probably sooner rather than later. I’m considering the options and making a good choice.

“Obviously the window now is longer than it was last year, so we’ve got a bit of time to assess the best option. It will all depend on the options. I’ve got something in my head and we’ll see if that will come around or not.”

Vertonghen had been a mainstay of Spurs’ defence for years, but did not feature as regularly under Jose Mourinho. With the writing on the wall that his time at the club was coming to an end, he frequently found himself on the bench and played 90 minutes in the Premier League just five times in 2020.

Despite this, Vertonghen said he was determined to remain professional and give his all to the club in his final months.

“I felt like I owed that to [Mourinho] and to Spurs in general, as it wasn’t my best season and I can be quite disappointed at times,” he said. “It was my task to train hard and respect my teammates all the time I wasn’t playing or was on the bench, so I hope I did that.”

After more than 300 appearances for the club, Vertonghen is in no doubt he will miss Spurs wherever he goes.

He said: “I will miss them. I had a great time at Spurs and made lots of friends, and learned lots of things – perhaps even more off the pitch than on the pitch from my family at Spurs, and I will miss everyone. It’s been a great ride and could have maybe lasted longer, but it’s time for it to end.”