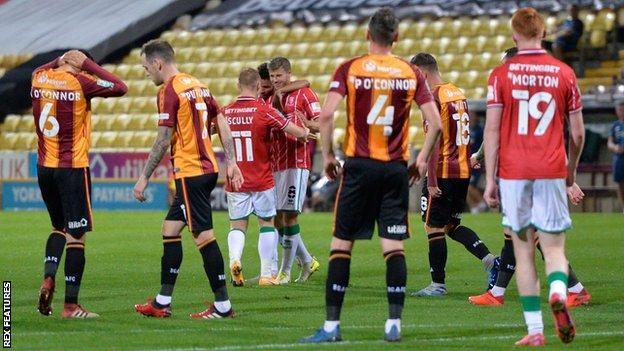 After a night of Carabao Cup drama which included stoppage-time winners and penalty shootouts, the third round is starting to shape up.

League Two Leyton Orient, whose shirts are sponsored by Harry Kane, came from 2-0 down to beat Plymouth Argyle 3-2 and will now host Kane's Tottenham.

Leyton Orient's winner was scored in the 93rd minute.

City enter the competition at the third-round stage along with other teams who qualified for Europe, including Liverpool, Chelsea, Manchester United, Leicester, Spurs and Arsenal.

There are nine second-round ties to be played across Wednesday and Thursday.

All third-round ties are to be played in the week commencing 21 September 2020.

The winners of this season's cup will not qualify for the Europa League as in the past, but will instead go into the Uefa Europa Conference League (UECL), a new European competition.