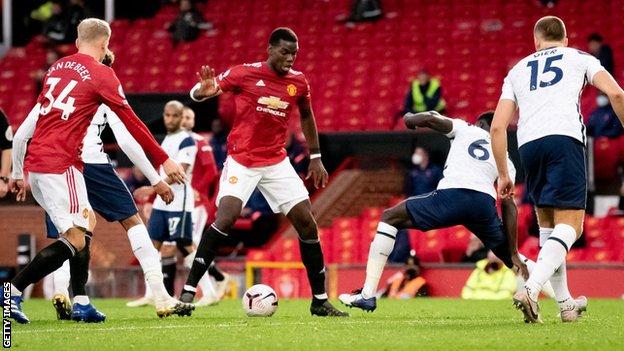 Pogba (centre) has played four games for United this season

Manchester United have triggered the one-year option on Paul Pogba's contract, extending the midfielder's deal until 2022.

The 27-year-old France World Cup winner would have been out of contract at the end of this season.

Pogba has started all three of United's Premier League this term, including the 6-1 home thrashing by Tottenham.

During the international break, Pogba said a move to La Liga giants Real Madrid would be "a dream".

It is understood the decision to extend his contract was taken a few weeks ago, before Pogba's comments.

Pogba rejoined United from Juventus for a club record £89m in 2016.

An ankle injury restricted him to 22 games last season.