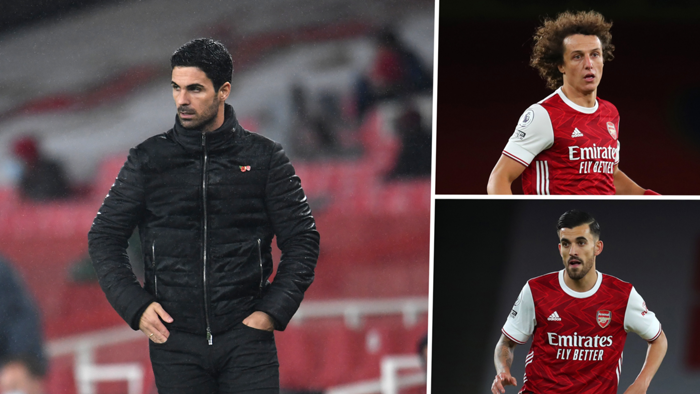 Mikel Arteta says he will find out who leaked details of a training ground bust up between Dani Ceballos and David Luiz and has warned there will be ‘consequences’ for the culprit.

It was revealed by the Athletic that Ceballos and Luiz had squared up during training after the latter had taken exception to a tackle made by the Spanish midfielder.

Luiz is said to have punched Ceballos, drawing blood, before the pair were pulled apart by team-mates.

Ceballos immediately took to social media to deny the incident, labelling it as ‘fake’, but Arteta has now admitted that there was a clash - although he insists there is no ‘no problem at all’ between the pair.

But the Arsenal boss is far from happy that details of the fight emerged in the first place and will now investigate exactly how the information was leaked out to the media - holding talks with his players and staff.

“I don’t like the fact that that incident comes out at all,” he said. “I will find out where it is coming from.

”That goes completely against what I expect from each other, the privacy and the confidentiality that we need, and there will be consequences.”

The training ground clash with Luiz means Ceballos has now been involved in two separate incidents with team-mates since the start of the season.

He was also caught on camera clashing with Eddie Nketiah during the warm-up ahead of Arsenal’s game at Fulham on the opening weekend of the Premier League campaign.

Ceballos posted a picture of himself with Nketiah after the game, insisting all had been forgiven, but the fact he has now found himself embroiled in another incident has raised questions about his temperament.

When asked whether it was just coincidental that Ceballos was again involved in a clash with a team-mate or whether it suggested there was a bigger problem with the midfielder, Arteta said: “Well, whether it's a coincidence or not it doesn't change things much, it's just the competitive levels that we demand and the standards we want to set.

“But obviously it's a very thin line, where it's a competitive issue and where it goes somewhere else that we obviously don't support and don't want.

“But it's a contact sport and incidents are going to happen, it's about how you resolve them within the team and individuals and how you move from there.”