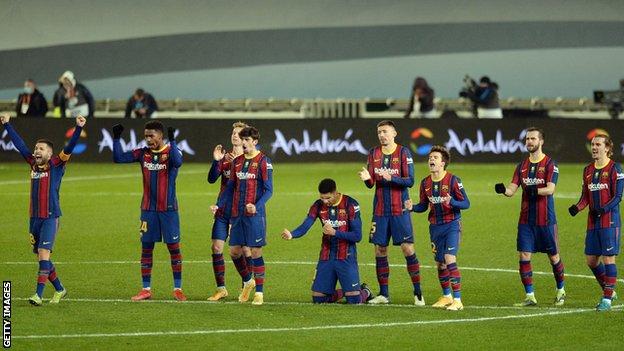 Barcelona are through to the Spanish Super Cup final after beating Real Sociedad in a penalty shootout following a 1-1 draw after extra time.

Riqui Puig scored the decisive spot kick for the Spanish giants, after Antoine Griezmann and Frenkie de Jong both missed the target.

Marc-Andre ter Stegen in the Barcelona goal denied Sociedad twice from the spot.

However, De Jong then handled in the penalty area early in the second half, with Mikel Oyarzabal levelling from the spot.

The final of the Spanish Super Cup, which is in its second year as a four-team tournament, takes place on Sunday.