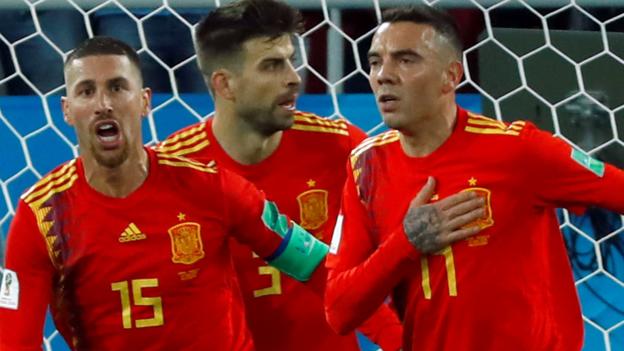 Iago Aspas scored a stoppage-time equaliser - with the aid of VAR - as Spain scraped an unconvincing draw with Morocco to top Group B and secure a World Cup last-16 tie against hosts Russia.

Youssef En-Nesyri - who plays in Spain for Malaga - looked to have won it for Herve Renard's side when he powered in a superb header from fellow substitute Faycal Fajr's corner. 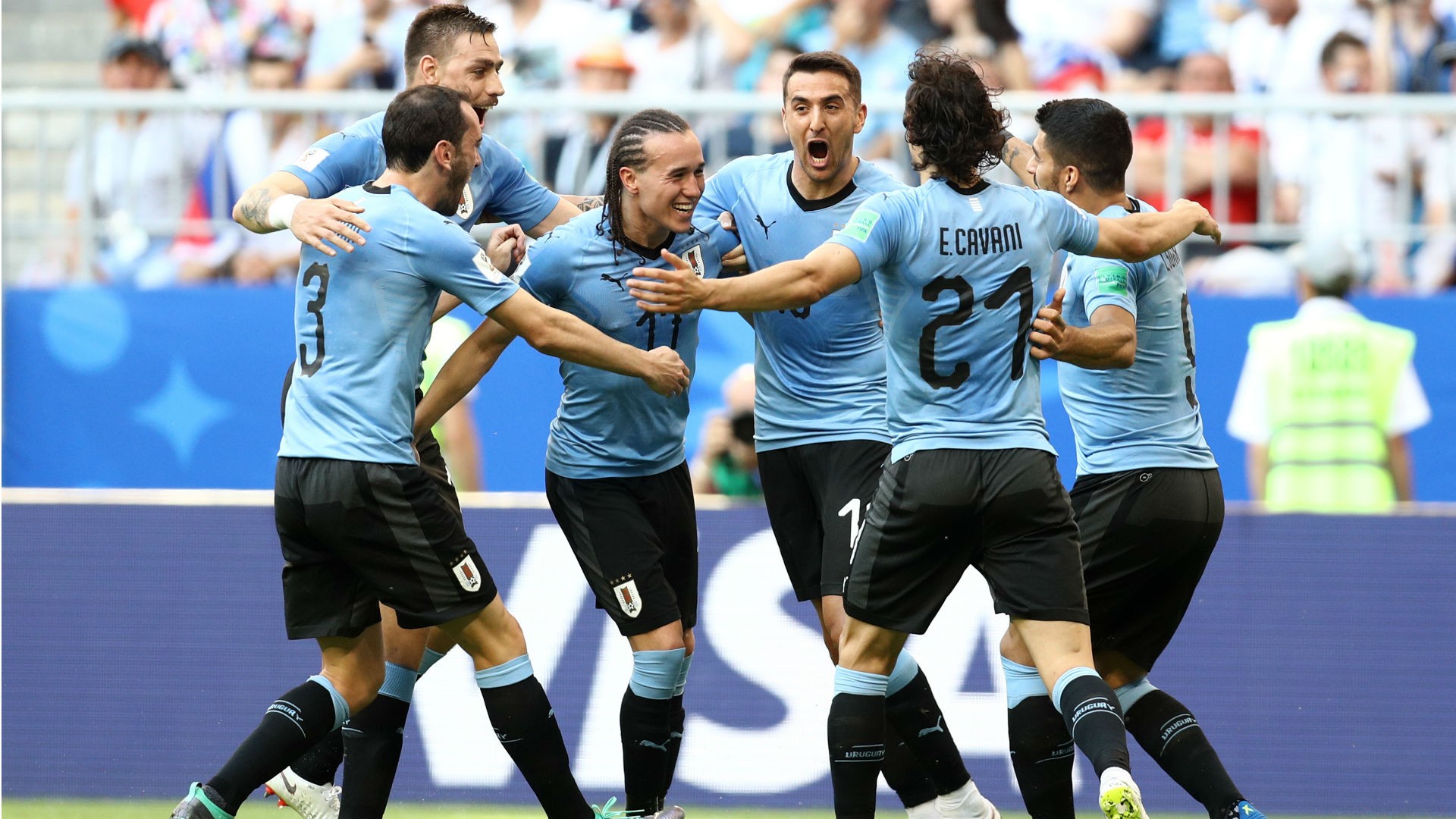 Luis Suarez netted his second goal in as many World Cup games as Uruguay secured top spot in Group A with a comfortable 3-0 victory over hosts Russia, who had Igor Smolnikov sent off.

Russia's impressive progression to the last 16 has provided one of the tournament's major surprises so far, but Stanislav Cherchesov's side were brought back down to earth in a sweltering Samara. 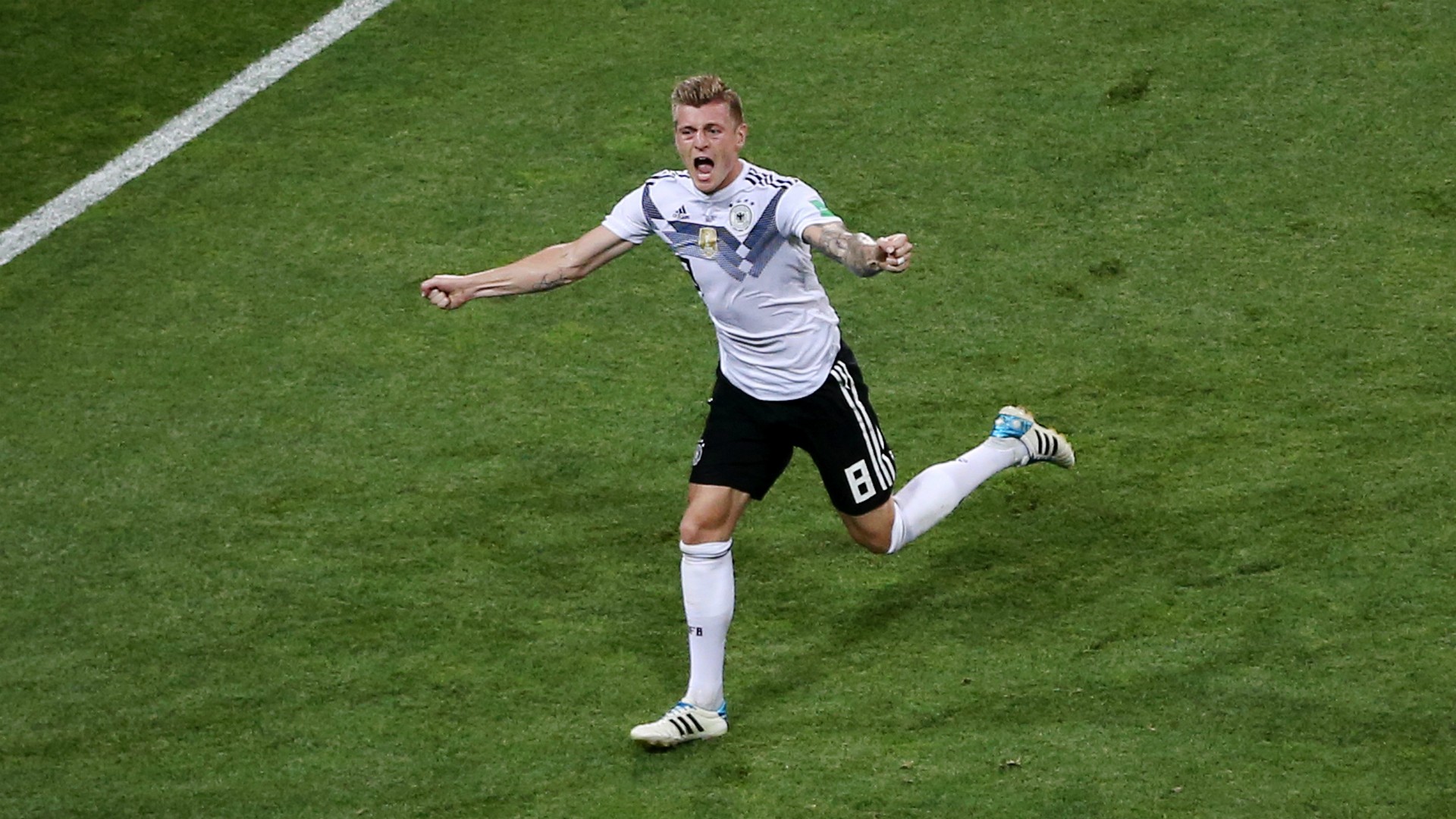 Germany came back from the brink of a humiliating World Cup exit as Toni Kroos scored a sensational stoppage-time winner to secure a dramatic 2-1 victory over Sweden.

Kroos found the net with a wickedly curling set-piece in the 95th minute of a game that brought out the best and worst of Joachim Low's world champions, who were reduced to 10 men when Jerome Boateng was sent off with eight minutes remaining. 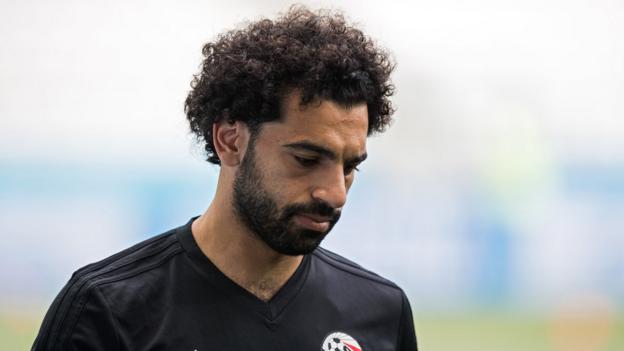 The Egyptian Football Association says there is "no problem" between it and star player Mohamed Salah, amid reports the Liverpool forward could be set to quit the national team.

It had been reported the 26-year-old was considering his future with the squad after a series of disagreements. 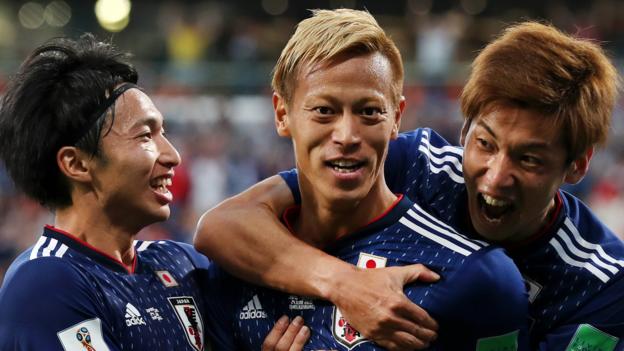 Japan and Senegal remain well placed to reach the knockout stage of the World Cup - and a last-16 date with England or Belgium - after an entertaining draw in Ekaterinburg.

Sadio Mane put Senegal ahead from close range after an awful mistake by Eiji Kawashima, the ball flying past the Japan keeper after his attempted punched clearance hit the Liverpool forward.