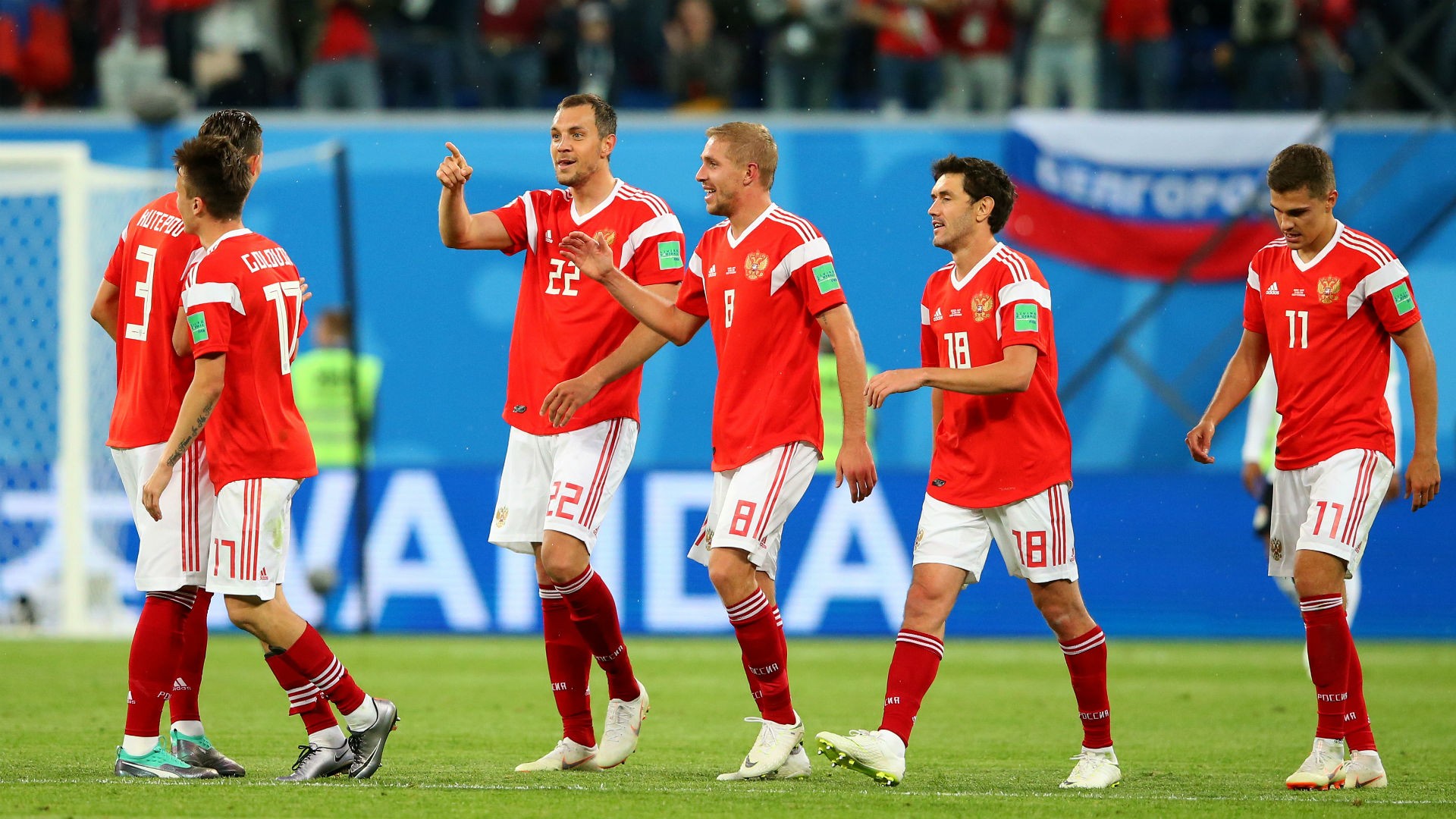 Mohamed Salah scored from the spot on his World Cup debut, but Egypt are on the verge of an early exit following a 3-1 defeat to Russia

Mohamed Salah's penalty failed to save Egypt as World Cup hosts Russia all-but secured progression from Group A with a comprehensive 3-1 win in St Petersburg.

Making his first appearance since going off injured in the Champions League final on May 26, Salah was often on the periphery at the Krestovsky Stadium, but still managed to mark his World Cup debut with a consolation on 73 minutes. 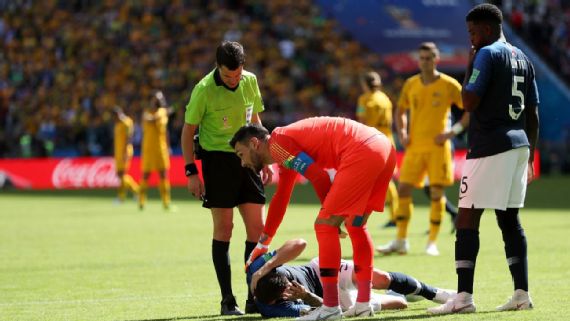 France left-back Lucas Hernandez admitted he employed some theatrics during the 2-1 World Cup win over Australia on Saturday.

After an own goal from Aziz Behich gave France the lead in the 80th minute, Hernandez said he occasionally went to ground to eat up time. 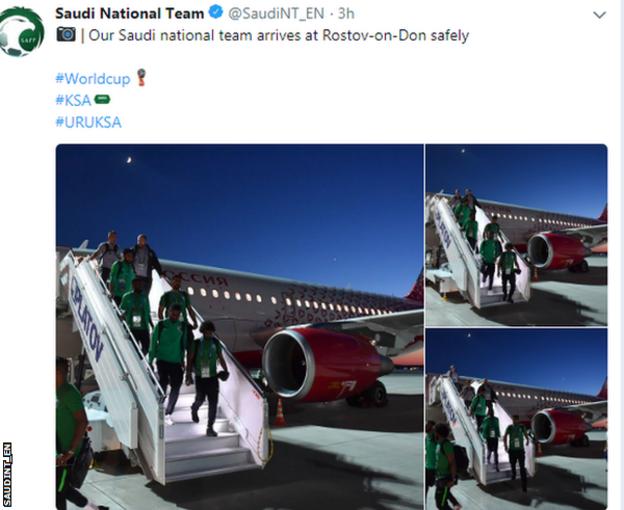 The team tweeted pictures of their safe landing

Players and officials of Saudi Arabia have arrived safely in Rostov-on-Don for their match with Uruguay on Wednesday after an engine on their plane caught fire.

Saudi Arabia were beaten heavily by hosts Russia in the opening game of the tournament last week. 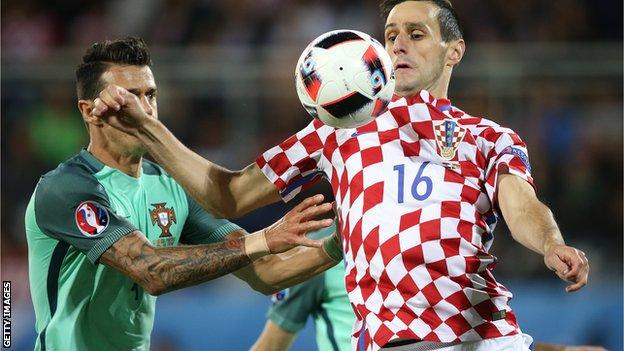 Kalinic has made 41 appearances for Croatia and scored 15 goals

Croatia forward Nikola Kalinic has been sent home from the World Cup after he refused to come on as a substitute during the 2-0 defeat of Nigeria.

The 30-year-old cannot be replaced, meaning Croatia will have to make do with only 22 players for the rest of the tournament. 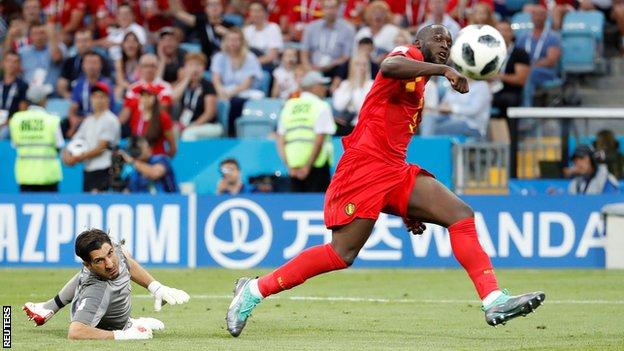 Romelu Lukaku has been directly involved in 13 of Belgium's last 19 goals (11 goals, two assists). He now has 38 goals in 70 games for Belgium and is his country's record goalscorer

After a goalless first half, Belgium, ranked third in the world, finally broke Panama's resistance when Dries Mertens steered in a spectacular volley.