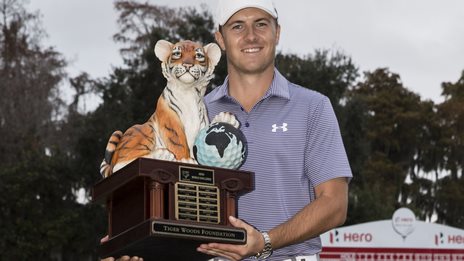 American Jordan Spieth won the Hero World Challenge by 10 shots as Tiger Woods finished in a tie for last place.

Spieth led from wire to wire in Florida and carded a final round seven-under 66 to finish 26 shots under par on 262.

The 21-year-old, whose closest challenger was Sweden's Henrik Stenson, told Sky Sports: "It was the most fun I have ever had playing holes of golf." 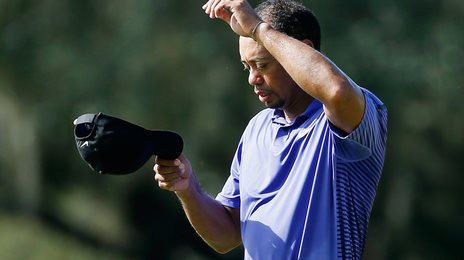 Tiger Woods remains in last place at the Hero World Challenge in Florida despite fighting off illness to shoot a three-under-par 69 in the third round.

The former world number one, 38, vomited on the third fairway but lifted his total score to an even-par 216.

Fellow American Jordan Spieth holds the lead on 20-under and is on the brink of winning his second title of the year. 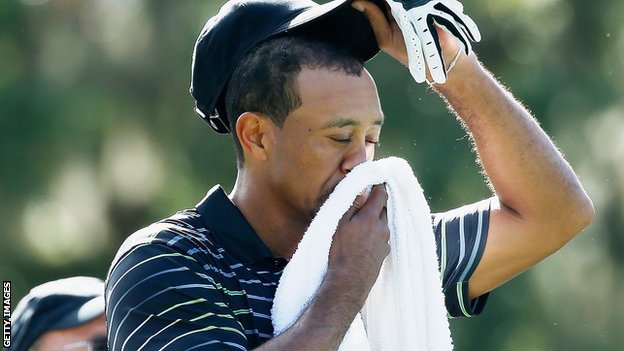 Former world number one Tiger Woods finished five over par after the first round of the invitational World Challenge on his return from injury.

The 38-year-old made a poor start at the event in Florida, sending his first tee shot out of bounds.

Woods carded three bogeys and a double bogey in his first nine holes.

Read more: Tiger Woods struggles to five over par on return from injury Tiger Woods returns from injury this week to an ever-changing golf landscape compared with the one that he once so thoroughly dominated.

The former world number one has not played since missing the cut in August's PGA Championship at Valhalla.

It was there that he finally accepted he had not fully recovered from the back surgery he underwent in March this year. 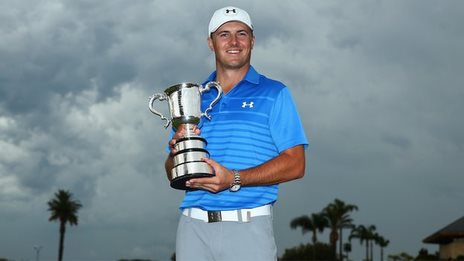 Jordan Spieth fired a course-record 63 in the final round to win the Australian Open by six shots.

The 21-year-old American surged to an aggregate score of 13 under par, comfortably securing his second professional title.

"It was the best I've ever played," said Spieth of his flawless round, which included eight birdies.