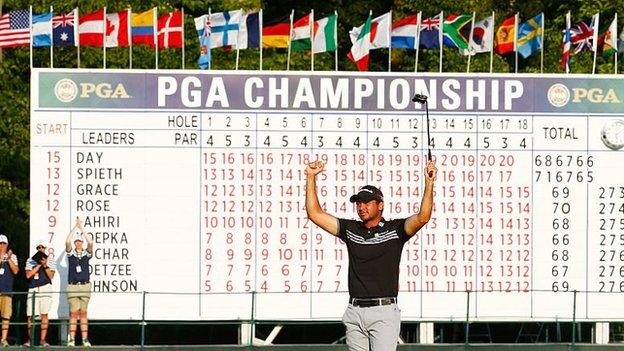 The winners of this year's Masters, US Open and Open will play together for the first two rounds of the final major of 2016, the US PGA Championship.

It means the 40-year-old American, who won the last of his 14 majors in 2008, will not have played in any of this year's four majors.

Americans Jordan Spieth and Bubba Watson will play alongside Sergio Garcia of Spain.

The final major of the year has been brought forward from its traditional slot in August to the last weekend in July to avoid a clash with the Olympic golf tournament in Rio.