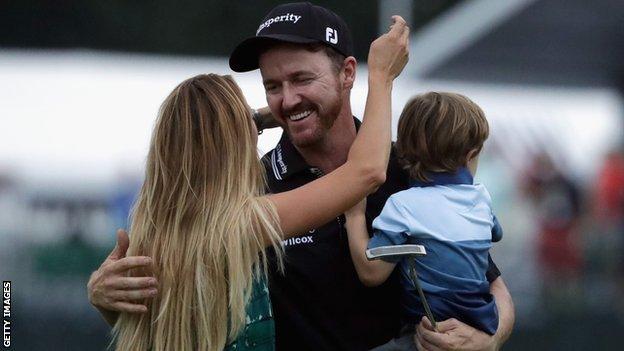 Jimmy Walker has climbed 33 places to 15th in the world rankings after his US PGA Championship victory.

The American, 37, held off Jason Day at Baltusrol, New Jersey, on Sunday to claim his first major.

Walker's career-high ranking of 10th came in April 2015 after he won the Valero Texas Open in San Antonio.