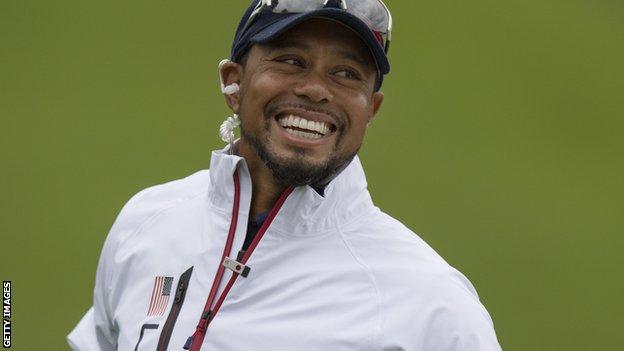 Tiger Woods will return to action for the first time since August 2015 by playing at the season-opening Safeway Open in California next week.

Fourteen-time major winner Woods, 40, has twice had back surgery since his last tournament appearance.

Last month, Woods, now ranked 767, had said he would play in the Safeway Open, from 13 to 16 October, "depending on his progress and recovery".

Woods was a vice-captain in USA's Ryder Cup winning side last week.

Sweden's Jesper Parnevik, Open championship runner-up in 1994 and 1997, told Golf Digest he had been practising with Woods and the former world number one was "hitting it great" and "flushing everything".

Woods, whose last major triumph was at the 2008 US Open, had a back operation in March 2014, another in September 2015 and a follow-up procedure to relieve discomfort.

In September, he suggested he will also compete in the Turkish Airlines Open in November and the Hero World Challenge in the Bahamas in December.

The Safeway Open takes place at the Silverado Country Club in Napa.