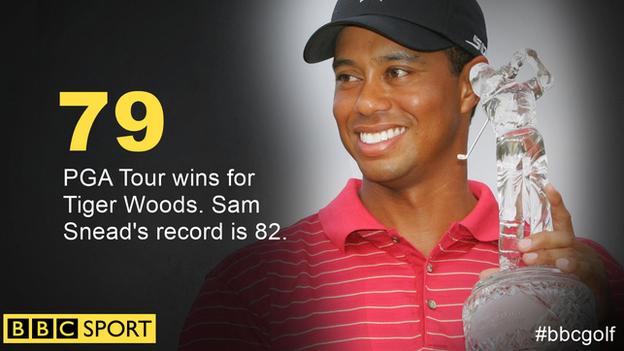 Woods has not won on the PGA Tour since 2013

He has not played since August 2015 after back surgery, and postponed his planned return at the recent Safeway Open, stating his "game is vulnerable".

Woods was still world number one in May 2014, but has now slipped to 802 in the rankings. He missed the entirety of the 2016 season and has not competed since the Wyndham Championship 14 months ago.

The four-time Masters champion will turn 41 on 30 December - Nicklaus won just one of his majors at an older age, claiming the 1986 Masters at the age of 46.

Woods added: "Jack has always been one of my heroes. I looked up to him. I wouldn't say I lusted for his record, I just think that was the gold standard."

In the aftermath of the latest delay to his comeback, six-time major winner Nick Faldo told BBC Sport "everything is stacking up against" Woods competing against the best in the world.

However, Woods is still hopeful of competing at the Hero World Challenge - a tournament he hosts - in December.