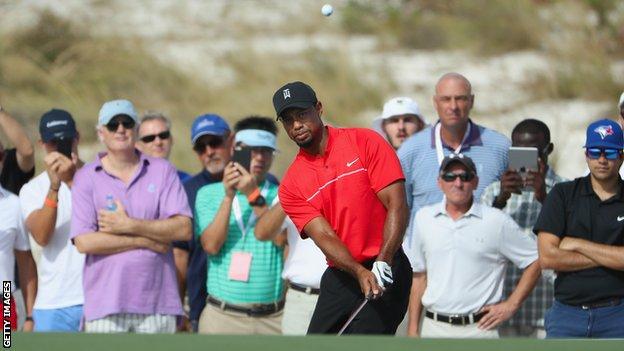 Tiger Woods' first event of 2017 will be the PGA Tour's Farmers Insurance Open at Torrey Pines in San Diego, which starts on 26 January.

The 14-time major winner last played at the Farmers in 2015, but withdrew in the first round because of an injury.

Woods will then play at the Genesis Open, which begins on 16 February, followed by the Honda Classic.

The 40-year-old finished 15th at the Hero World Challenge in December after 15 months out through injury.

On competing at the Genesis Open, Woods said: "I'm very excited to come back to Riviera.

"This is where it all started for me. It was my first PGA Tour vent. I was 16 years old, I weighed about 105 pounds. It was a life-changing moment for me."