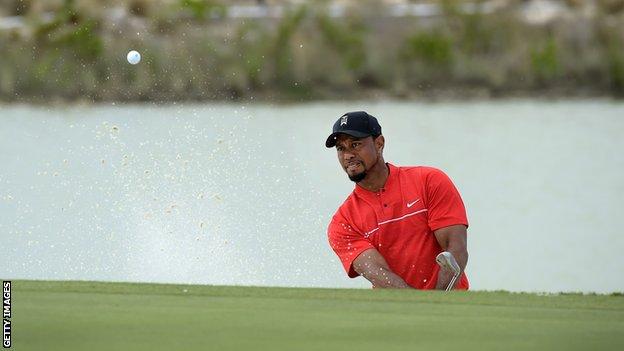 Tiger Woods admits he has concerns over the physical challenge of stepping up his return from long-term injury.

The 40-year-old 14-time major champion twice had back surgery during 15 months out before returning in December, when he tied for 15th at the 17-man Hero World Challenge.

Over the next five weeks he plays four full-field tournaments.

"That is a concern, no doubt about it, but I'm also looking forward to it. I've sat out long enough," Woods said.

"I've gone through some pretty tough lows. There were points when I didn't know whether I would swing a golf club again.

"But I do feel good about it. I just need to get out there and do it and see what happens."

Woods begins his 2017 season at the Farmers Insurance Open in San Diego, which begins on Thursday.

He will then play at the Dubai Desert Classic from 2-5 February, followed by the Genesis Open at Riviera from 16-19 February and the Honda Classic in Palm Beach Gardens from 23-26 February.

"I've got my body in a pretty good state where I feel I can handle that workload, but I've still got to go out there and do it," he added.

"Feeling good about it and doing it are two totally different things."