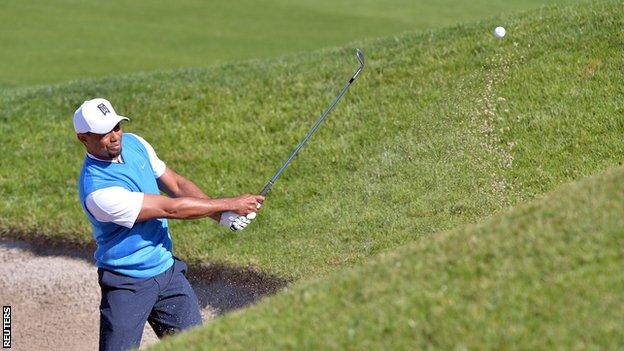 Tiger Woods hit three birdies, five bogeys and one double bogey in an erratic opening round at Torrey Pines

England's Justin Rose leads the Farmers Insurance Open in San Diego on seven under after carding an impressive first round of 65, including two eagles.

Woods, 41, struggled on the back nine, dropping five shots in four holes at Torrey Pines, where he won the 2008 US Open, the last of his 14 major titles.

It is the American's second tournament since 15 months out with a back injury.

The former world number one's competitive return came at the Hero World Challenge in December, when he tied for 15th out of 17 at the invitational event.

In his first full-sanctioned PGA Tour event back, Woods again struggled, following up consecutive birdies at 10 and 11 with three straight bogeys and then a double bogey at 15.

A further bogey at 17 followed before Woods birdied the last on the South Course, leaving him in a tie for 133rd in a field of 155 competitors and in danger of missing the cut.

The competition sees players split the first 36 holes between the North and South Courses at Torrey Pines, before playing the final two rounds on the South Course at the weekend. 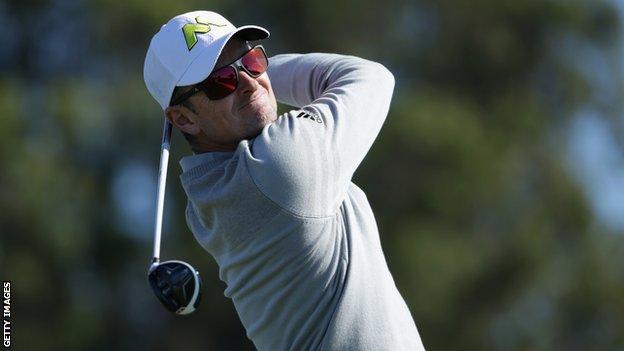 Playing on the North Course, Rose reached the turned at one under before surging up the leaderboard with a blistering back nine.

After a birdie on his 10th hole, the Olympic champion struck two eagles and two birdies in the final five holes, a bogey at the par-three eighth the only blemish.

Rose leads by one shot ahead of Canada's Adam Hadwin, who hit a six-under 66 on the South Course.

Defending champion Brandt Snedeker of the United States is tied for eighth place on four under.