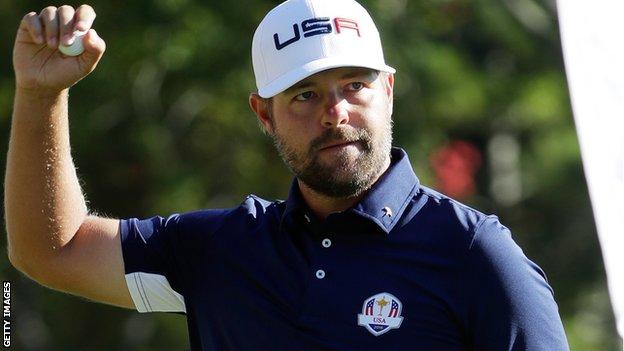 US Ryder Cup captain Jim Furyk says his final wildcard pick for the 2018 event will be chosen earlier than in 2016.

But for next year's event in France, Furyk's fourth pick will be made after the BMW Championship in mid-September. The Ryder Cup starts on 28 September.

The points system is also being tweaked to put more value on winning PGA Tour events than high finishes in majors.

"Hopefully, we can identify the hot player like Ryan, just after the BMW," Furyk said.