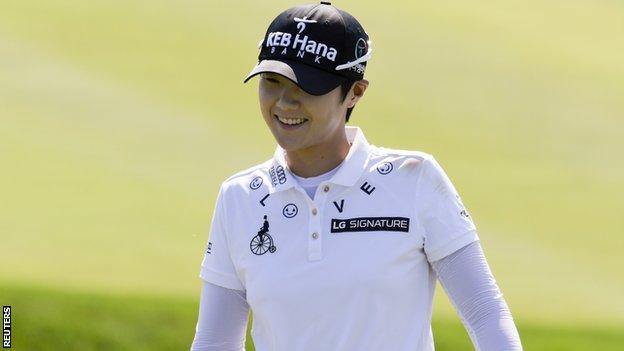 South Korea's Park Sung-hyun won the US Women's Open by two shots to claim her first LPGA title in her debut season.

The 23-year-old carded a final-round five-under-par 67 to finish on 11 under at the Trump National in New Jersey.

Compatriot Choi Hye-Jin was two strokes behind in second, while China's Shanshan Feng, who held a one-shot lead overnight, went round in 75 to finish tied for fourth, five strokes adrift.

A South Korean has won the US Open seven times in the past 10 years.

Park told Fox Sports: "I did not have the best first and second rounds so I wanted to believe in myself in the remaining rounds. Trusting myself definitely helped."