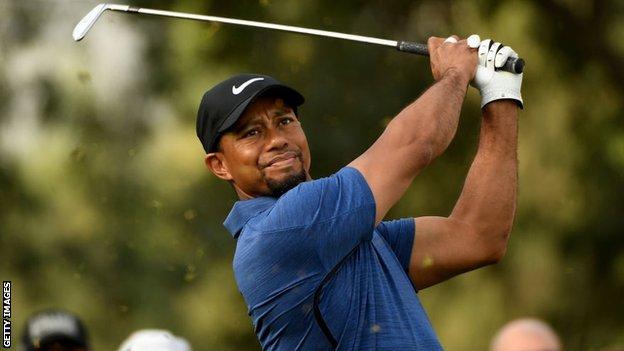 Former world number one Tiger Woods says he is "feeling fantastic" as he prepares to return to action at the Hero World Challenge in the Bahamas.

The American, 41, has had multiple back operations in recent years and withdrew from his last tournament in Dubai in February with back spasms.

But the 14-time major winner says surgery in April has cured the pain.

"The surgery was about quality of life. I didn't really have much because I had been in bed for two years," he said.

"I feel fantastic. I miss playing golf for fun, I haven't done that in two years."

Woods ended a 15-month absence when he returned for the Hero World Challenge this time last year, but his comeback was cut short when he withdrew from February's Dubai Desert Classic.

He then underwent an "anterior interbody lumbar fusion" to prevent the nerve pain in his back, but in September said he may never return to competitive golf.

"There is still some apprehension going forward and this week is a big step for me," said Woods at a news conference before the invitational 18-man tournament at Albany, which begins on Thursday.

"Last year I was still struggling with the pain. I looked like I was playing in slow-mo - I didn't realise how bad my back had become. It has been a slow degrading process.

"The neatest thing for me is to be by the bed, grab a club and not have to use it as a crutch. That's so exciting for me. I am so thankful I have had this procedure and got to this point."

Woods is seeking his first tournament win since 2013, while his title drought in the majors dates back to 2008.

"I am just looking forward to getting through these four rounds, having a better understanding of where I am at," he added.

"I am still learning this body. I want to be able to compete this week, give myself a chance on that back nine on Sunday to win this thing."