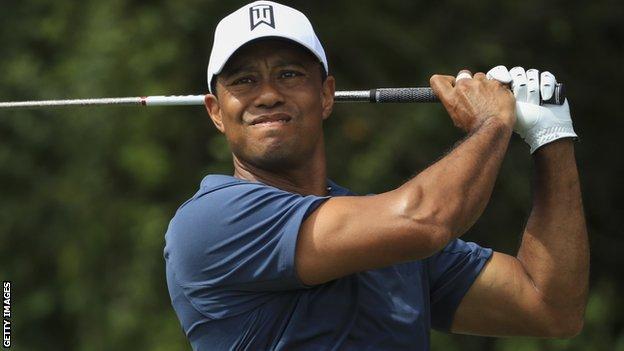 Fourteen-time major winner Tiger Woods will play in two upcoming PGA Tour events as he prepares to return to the Masters at Augusta next month.

The 42-year-old American will play in next week's Valspar Championship near Tampa and the following week's Arnold Palmer Invitational in Orlando.

He is continuing his comeback after a long lay-off with a back injury.

The four-time Masters champion has missed the past two Augusta tournaments but is expected to play next month.

Woods had surgery on his troublesome back last April and was sidelined for almost 10 months.

In January, he returned to play his first PGA Tour event for a year, finishing 23rd at Torrey Pines.

He missed the cut at last month's Genesis Open before earning a 12th place finish at the Honda Classic the week after, moving him up to 389th in the world rankings.