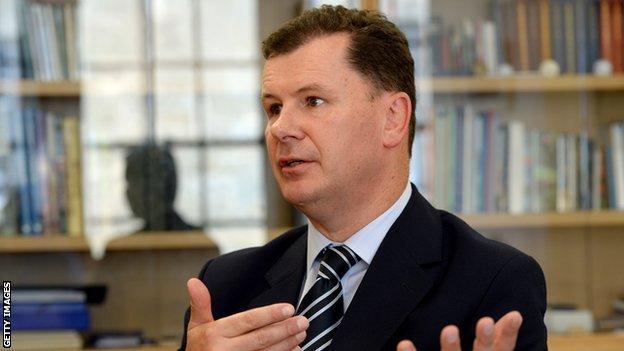 David Rickman, the R&A's executive director of governance, has led the overhaul of rules that will be implemented on 1 January 2019

Golf's governing bodies have confirmed a radical overhaul of the game's rules to be implemented in 2019.

The R&A and United States Golf Association (USGA) have made alterations to proposals released for public consultation last year.

But the majority of the suggested changes, aimed at making golf easier to understand and faster to play, remain.

Proposals such as allowing the flag to remain in the hole unattended while putting come into force on 1 January.

There will also be no penalty for removing loose impediments from bunkers and the time allowed for searching for lost balls will be reduced from five minutes to three. 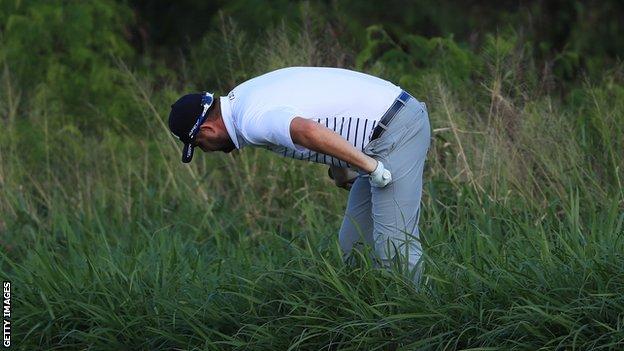 But the suggestion to allow players to take penalty or free drops from just an inch above the ground has been altered and this action will now be made from knee height.

"Our previous proposal had a number of difficulties with it, particularly around how close certain players would get to the ground in certain circumstances," David Rickman, the R&A's executive director of governance, told BBC Sport.

"Knee-height gave us that balance, gave us the ability to preserve the randomness of the drop. But by being significantly lower than shoulder height and by allowing a player to get their eyes over the ball, they can be much more precise in terms of the dropping procedure."

Another aspect of the new rules philosophy is to rely more heavily on player integrity.

Officials say a player's "reasonable judgment" when estimating or measuring a spot, point, line, area or distance will be upheld, even if video evidence later shows it to be wrong.

The distance used to determine where a drop is taken will remain determined by club length, rather than the original proposal of 20 or 80 inches. Players will be able to select their longest club - but not their putter - for these measurements. 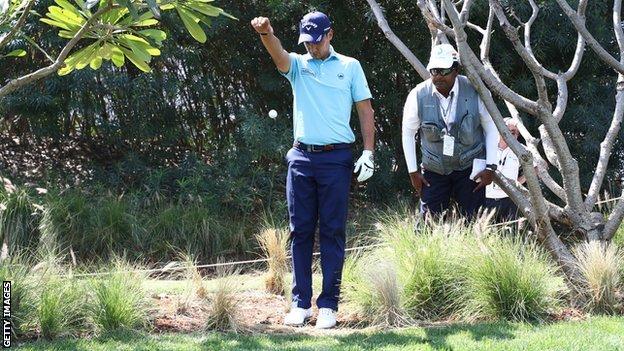 Italy's Matteo Manassero takes a drop from shoulder height, but under new rules that will happen from the knee

Penalties for accidentally striking your ball twice in the course of a shot have been removed and regulations governing instances when a ball is lost or goes out of bounds will be relaxed.

Currently golfers are obliged to return to the spot where they played the original shot and have another go having also incurred a one-shot penalty.

From next year golf clubs can adopt a local rule which would allow golfers the option to drop the ball in the vicinity of where the ball is lost or out of bounds (including the nearest fairway area), under a two-stroke penalty.

This addresses concerns raised at club level about the negative impact on pace of play when a player is required to go back to the original spot. The local rule is not intended for professional or elite-level competitions.

One existing rule which will not be changed governs playing the ball as it lies on a fairway even if it comes to rest in an old divot.

Many golfers feel this is unfair, but Rickman insists it goes to the heart of the game.

"We debated it quite seriously," he said. "While some divots are easy to identify and distinguish from other damaged areas, as a divot gets older that becomes increasingly difficult to distinguish from a bad lie.

"So I think there are practical difficulties and philosophically one of the fundamental tenets of the game is that you play the ball as it lies.

"You hit it there so you should play the ball from where you hit it and we want this game to be as quick as we can reasonably make it. Playing the ball as it lies and playing the course as you find it are fundamental aspects of the sport."