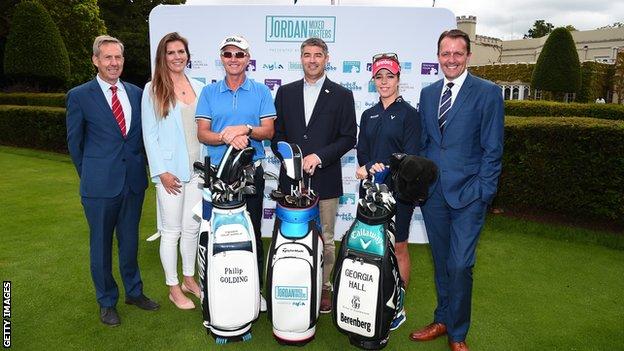 Male, female and senior players will go head-to-head in a new tournament to be held in Jordan in 2019.

The Jordan Mixed Masters, at the Ayla Golf Club, will be co-sanctioned by the European Challenge Tour, Ladies European Tour and Staysure Tour.

The field will consist of 123 players - including 40 from each Tour and three top amateurs - who will compete against each other in a single, mixed field.

The individual strokeplay event will take place from 4-6 April, 2019.

Members from the three Tours will tee off from different yardages but will compete in the same competition.

The field will be cut to 60 for the final day's play to compete for the grand prize, while the leading players from the remaining two Tours will also receive an accolade.

"The popularity of recent collaborative events such as the GolfSixes have demonstrated that there is a huge public appetite to see men and women playing alongside each other," said Mark Lichtenhein, chairman of the Ladies European Tour.

"This tournament will be the first of its kind, where men and women will compete individually, for the same trophy."