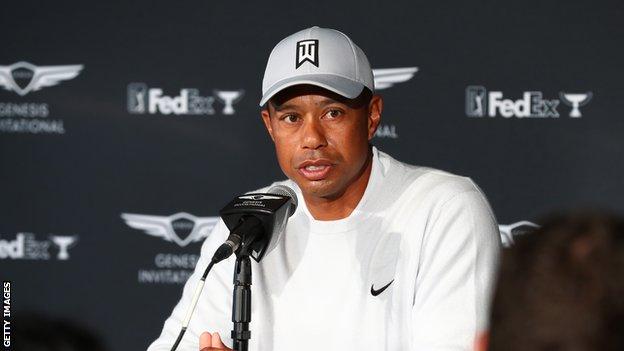 Former world number one Tiger Woods has been approached by the organisers of the Premier Golf League - a proposed competition to rival the PGA Tour.

"My team's aware of it and have delved into the details of it," said the 15-time major winner.

"There's a lot of information that we're still looking at and whether it's a reality or not."

PGA Tour commissioner Jay Monahan told players they would have to choose between the new series or the PGA Tour, while European Tour chief executive Keith Pelley also issued a warning to those on that tour.

"Just like all events you're trying to get the top players to play more collectively," added Woods, who was speaking at a news conference before the start of the Genesis Invitational, which he is hosting.

"It's one of the reasons why we instituted the World Golf Championships because we were only getting together about five times a year - the four majors and the Players [Championship] - and we wanted to showcase the top players on more than just those occasions.

The British-based World Golf Group last month unveiled plans for Premier Golf League, which it hopes to launch in 2022