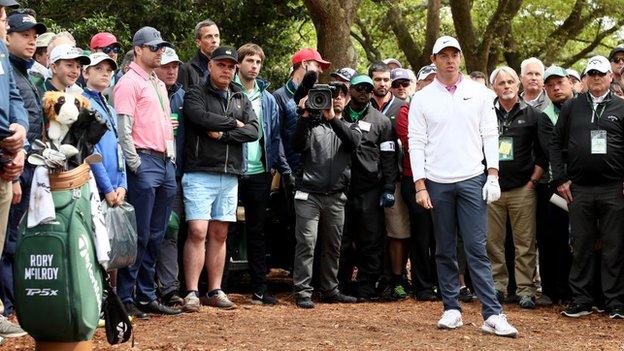 The Masters will be played without fans in attendance at Augusta National when it takes place from 12 November.

The event - usually golf's first major of the calendar year - was postponed in April because of coronavirus.

"We determined that the potential risks of welcoming patrons and guests to our grounds in November are simply too significant to overcome," he said.

"Augusta National has the responsibility, however, to understand and accept the challenges associated with this virus and take the necessary precautions to conduct all aspects of the tournament in a safe manner.

"We look forward to the day when we can welcome all of our patrons back, hopefully in April 2021."

The US PGA Championship became the first major to be played in 2020 last weekend and was won by American Collin Morikawa behind closed doors.

The US Open is set to take place from 17 September but The Open Championship - which was due to take place at Royal St George's Golf Club in England in July - was cancelled for the first time since the Second World War.

The event officially gets under way on 9 November, with play beginning three days later.