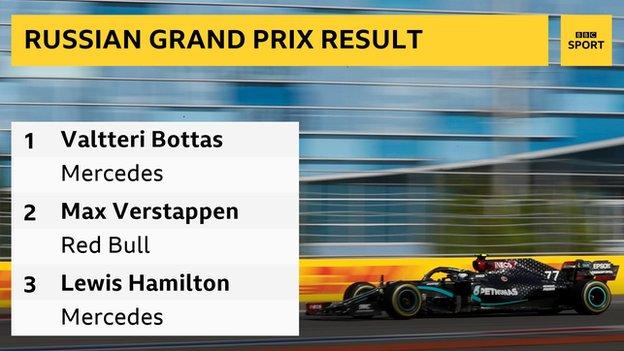 Lewis Hamilton's quest for the all-time record of Formula 1 wins was put on hold when he was hit with penalties at the Russian Grand Prix. 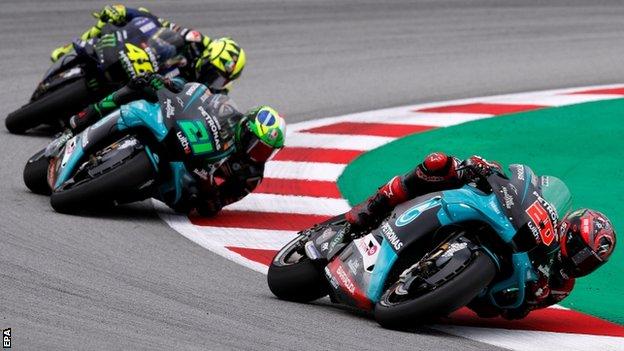 The Yamaha-SRT rider, 21, dominated the season's eighth race after Dovizioso fell on the first lap in Barcelona. 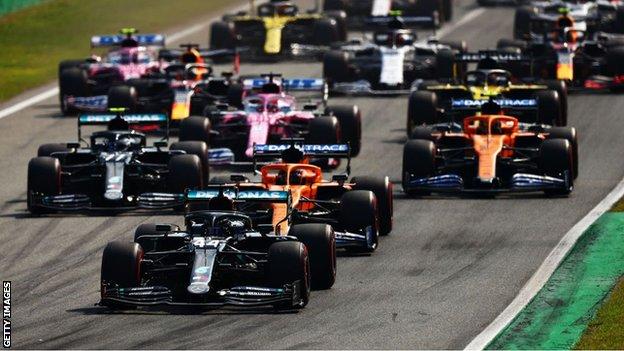 Most Formula 1 drivers are opposed to the idea of holding reverse-grid sprint races in place of qualifying next year.

Formula 1 has canvassed fans on the idea, which managing director Ross Brawn has been pushing for some time. 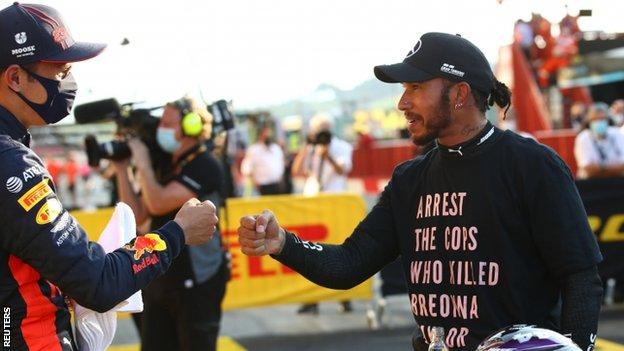 Lewis Hamilton has vowed to increase the number of black people in motor racing, naming a group to analyse the causes of a lack of diversity.

The British Formula 1 world champion said members of his Hamilton Commission "together will make a change". 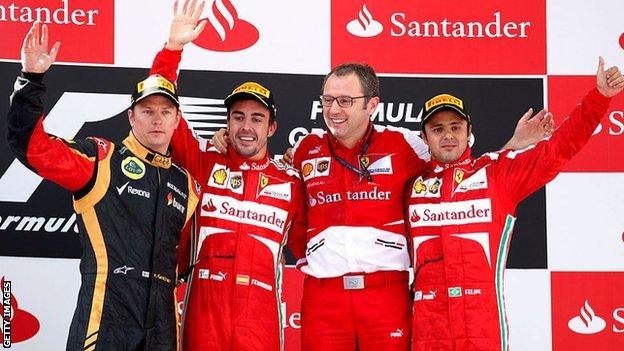 Stefano Domenicali on the podium at the 2013 Spanish Grand Prix along with Ferrari pair Fernando Alonso (second left, race winner) and Felipe Massa (right, third) and Kimi Raikkonen, then of Lotus, who came second

Former Ferrari team principal Stefano Domenicali is to become the new boss of Formula 1 next year.

The Italian, who left Ferrari early in 2014, is the chief executive of sports car manufacturer Lamborghini.