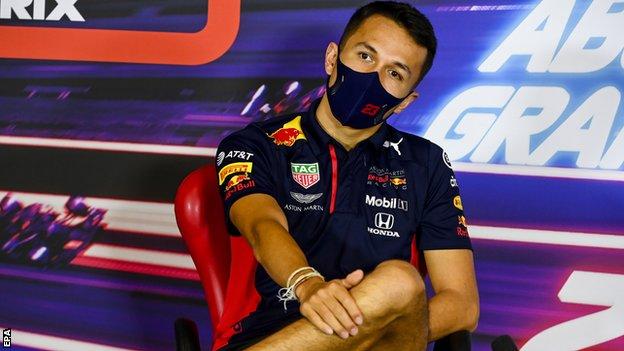 Albon had two third place finishes during the 2020 season

Alexander Albon says "it hurts" after he was replaced at Red Bull by Sergio Perez for the 2021 season.

British-Thai Albon, 24, was demoted to be the team's reserve driver as 30-year-old Mexican Perez was brought in to partner Max Verstappen. 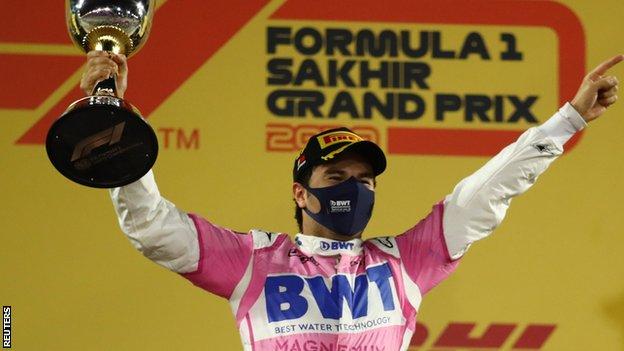 Mexican Sergio Perez has signed to race for Red Bull alongside Max Verstappen next year.

The 30-year-old, who took his maiden win in the Sakhir Grand Prix, replaces British-Thai Alex Albon, who will stay with the team as reserve driver. 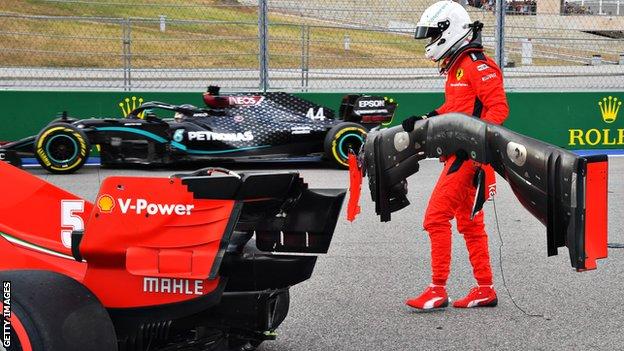 Ferrari were sixth in the constructors' championship with a best result of second place. It was their worst season since 1980, when they finished 10th. 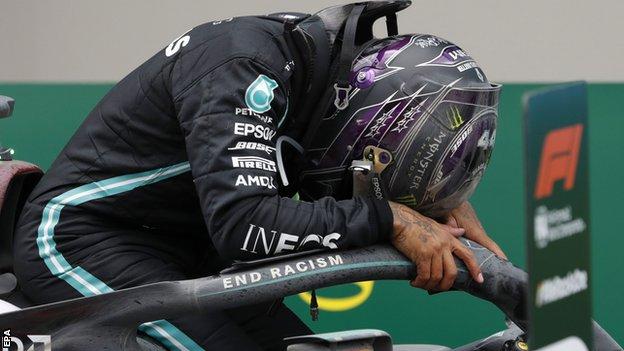 Formula 1's governing body the FIA has confirmed the calendar for the longest season in history next year.

There will be 23 grands prix held, starting in Australia on 21 March and ending in Abu Dhabi on 6 December. 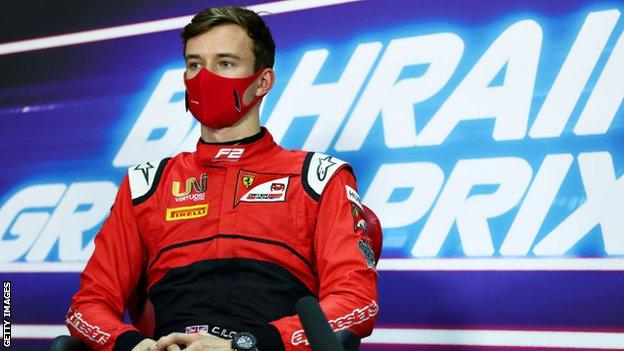 Briton Callum Ilott will be Ferrari's Formula 1 test driver in 2021.

The 22-year-old, who finished second in Formula 2 to Mick Schumacher this year, called the move a "great opportunity".