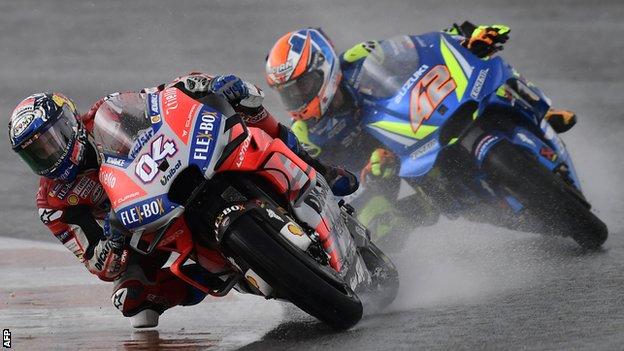 Andrea Dovizioso won the final race of the MotoGP season as 13 riders failed to finish a wet Valencian Grand Prix.

Dani Pedrosa, 33, was fifth in his final GP before retirement, in a race halted for 30 minutes due to the rain.

Marc Marquez, who secured a fifth world title in October, pulled out having gone over his handlebars early on.

Rossi, 39, still finished third in the 2018 championship standings, behind Marquez and Dovizioso.

Yamaha's Maverick Vinales started on pole but quickly surrendered his advantage to Rins, who went on to lead for the majority of the race. 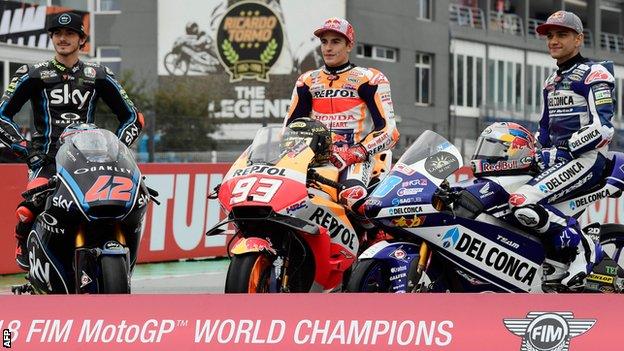 That included after a red flag reset the race to lap 13, as heavy rain made the conditions too dangerous to continue, before Rins was overtaken by Dovizioso and Rossi.

"It was a crazy race," said Dovizioso after securing his fourth race win of the season. "I am proud not to crash because there was too much water.

"After the restart we made some changes on the bike, we put on new tyres and I felt so good. It's a nice feeling to finish the championship like this."

The Spanish rider bows out with 31 wins from 216 starts having spent his entire 13-year MotoGP career with Honda.