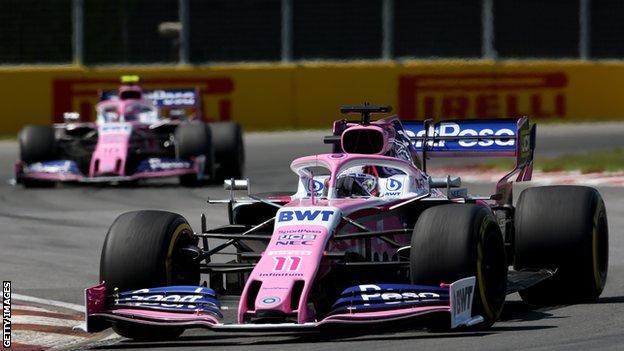 Racing Point are eighth in the constructors' championship on 31 points

Sergio Perez and Lance Stroll will stay at Racing Point for next season.

The team said Perez had signed a three-year deal. He joined them in 2014, when they were known as Force India, and is set to stay until at least 2022.

Stroll is the son of owner Lawrence Stroll, the Canadian billionaire who saved the team from collapse in 2018.

The Canadian, who raced for Williams in 2017-18, will likely have a seat at the team for as long as he is a Formula 1 driver.

Perez said: "I've been working together with this group of people for a long time now and they have become my second family.

"Together we have enjoyed a tremendous amount of success and we share the same passion for racing. I have been impressed with the direction the team has taken over the last 12 months and that gives me confidence for the future.

"I believe the best times are still to come and I look forward to celebrating plenty of podiums in the years ahead." 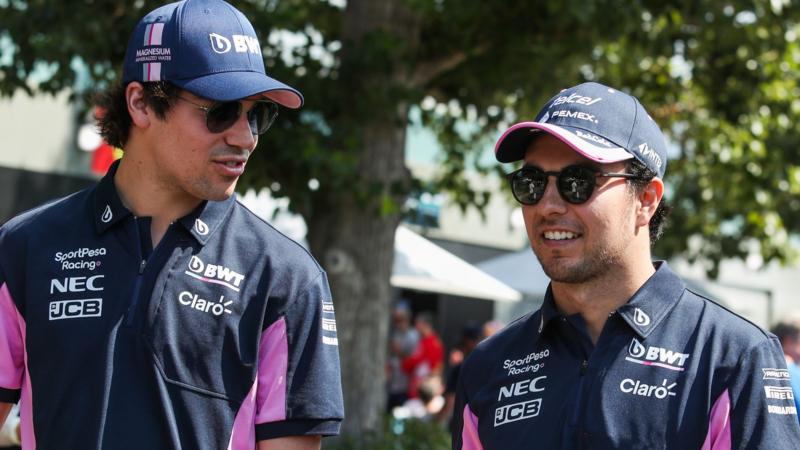 "He believes in the long-term vision of this project and getting his commitment until the end of 2022 gives us valuable consistency going forward. As the team continues to grow and develop, it's important to have a driver with Sergio's level of experience, especially with new regulations on the horizon."

Racing Point finished seventh in last year's F1 championship, despite having all their points from the first part of the season removed after Force India went into administration. They were fourth in both 2016 and 2017.

The team are eighth in the championship after a disappointing start to the 2019 season, something Racing Point say was caused by their car being designed at a point last year when they were struggling for income.

They are hoping improvements made to the car in recent races will give them a stronger end to the season.

Perez said at the Belgian Grand Prix on Thursday: "The margins in the midfield are very small, so a little improvement can put us back in contention to be the fourth fastest here. We are aiming to finish the season on a high.

"It has been a struggle all the way up to now but margins are small, we are improving, so hopefully we can finish the season with the fourth fastest car."