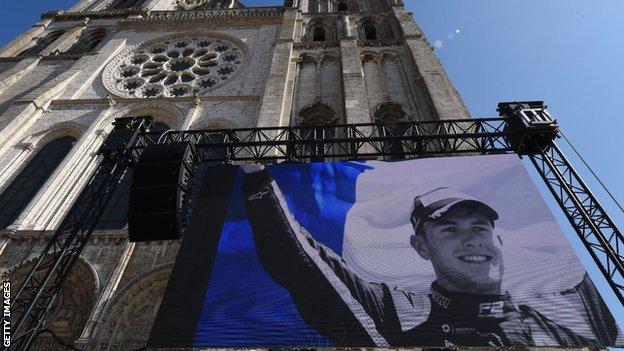 A large picture of Anthoine Hubert was on display outside the cathedral in Chartres, north-central France

The funeral of Formula 2 racer Anthoine Hubert, who died in a high-speed crash at Spa in August, was held on Tuesday.

Hubert, 22, was involved in a three-car accident in an F2 race during the Belgian Grand Prix weekend.

Formula 1 drivers Charles Leclerc, Pierre Gasly, Esteban Ocon and George Russell were among those present at the funeral in Chartres, France.

"Anthoine, your smile, your energy, that's the image we have of you," said former F1 world champion Alain Prost.

Prost, representing Hubert's team Renault Sport Racing, talked of the driver's "kindness, curiosity, intelligence, professionalism and gentleness" and said his "quest for perfection would have propelled him towards a bright future".

The ceremony lasted more than three hours and was shown on a giant screen outside the town's French Gothic cathedral, with Hubert's father Francois, girlfriend Julie and other friends also paying tribute to the driver, who had won two F2 races this season. 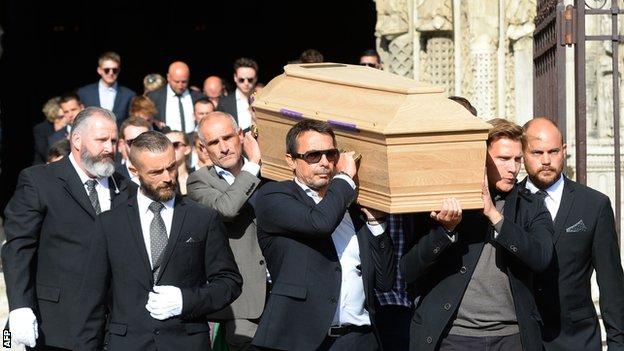 Giuliano Alesi, who was also involved in the three-car crash, attended with his father Jean, a former driver.

The other driver in the crash, 20-year-old American Juan Manuel Correa, is "in a critical but stable condition," his family said on Saturday. 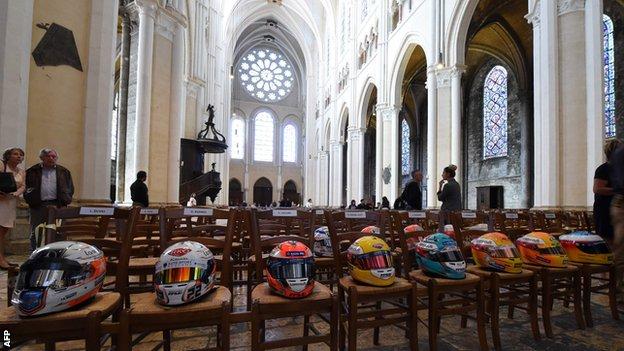