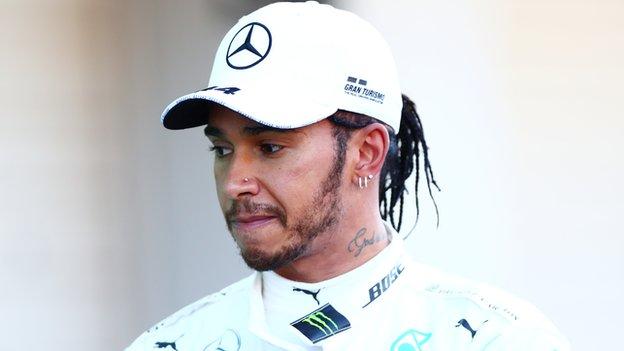 Lewis Hamilton has written on social media that he feels "like giving up on everything" and posted about the positives of going vegan.

The Formula 1 world champion wrote the lengthy post on his Instagram Stories calling the world "messed up".

The Mercedes driver sold his private jet in a bid to go greener and in September opened Neat Burger, a plant-based restaurant in London.

"Go vegan, it is the only way to truly save our planet today," Hamilton wrote. 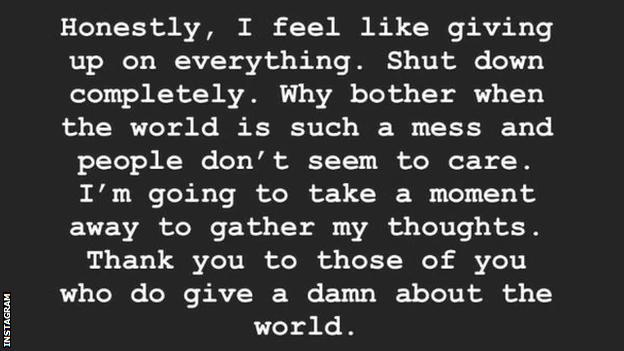 Lewis Hamilton took to Instagram to write his thoughts

He continued: "I'm sad right now with the thought of where this world is going.

"Extinction of our race is becoming more and more likely as we over use our resources."

In the post, which is no longer available to view, Hamilton stated "education is key" and admitted it had taken "32 years to understand the impact" he is having on the world.

Hamilton's post comes two days after the Japanese Grand Prix in which he finished third behind Mercedes team-mate Valtteri Bottas, who won the race, and Ferrari's Sebastian Vettel.

While Hamilton was in Japan he used social media to promote environmental issues on a number of occasions including uploading clips about dolphin hunters.

The British racer, who looks set to defend his drivers' title this season, urged people not to watch dolphin shows when travelling.