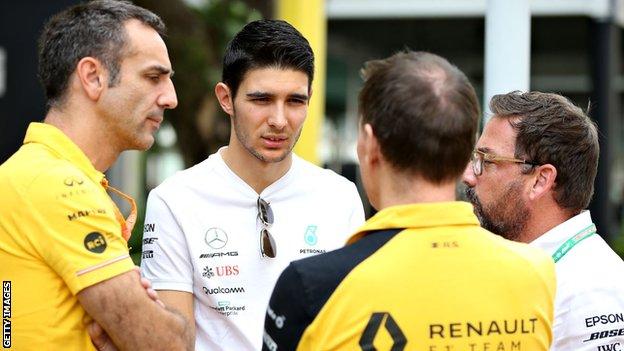 The Frenchman, who is Mercedes reserve driver this year, was announced as Daniel Ricciardo's 2020 team-mate in August.

But it had not been clear until now exactly when he would leave Mercedes and take up his new role.

The 23-year-old, who replaces Nico Hulkenberg, will drive for Renault at the Abu Dhabi test on 3-4 December.

Ocon last raced in F1 in 2018, the second of his two seasons with the Force India team, now known as Racing Point. He also raced for the now defunct Manor team in the second half of 2016.

Ricciardo will not be driving at the Abu Dhabi test as Ocon gets to know his new team and gives feedback on their 2019 car, as well as trying out the new tyres Pirelli has designed for next season, which is the main purpose of the test.

However, there remains uncertainty as to whether the new Pirelli tyres will be used next year.

The aim in designing them is to make tyres that are less sensitive to overheating and on which drivers can push harder in races, a criticism of Pirelli since it started in F1 nine years ago.

But drivers were unimpressed by the 2020 tyres when they tried them in practice at the US Grand Prix earlier this month. 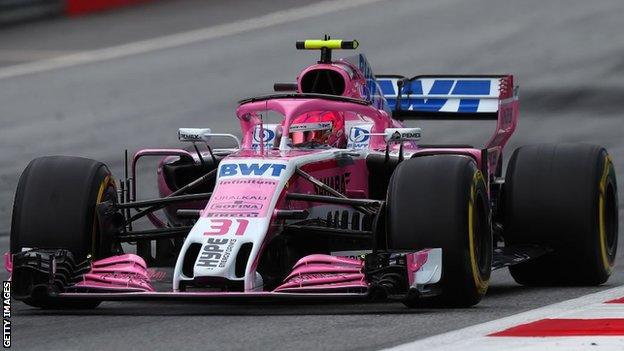 Ferrari's Sebastian Vettel, who first tried the tyres in a test at Barcelona in October, said at last weekend's Brazilian Grand Prix: "It's probably good to give them another go.

"On the other hand, the targets that were set out to achieve we probably didn't achieve. I had a day in Barcelona, the cross-check in Austin. The feedback wasn't positive and in the end we try to make a step forward and in the end we see what comes out."

Pirelli F1 boss Mario Isola said the cold weather in Austin had made it difficult to evaluate the tyres effectively and that Abu Dhabi would provide a "more reliable" comparison with the 2019 tyres.

After the Abu Dhabi test, Isola said, Pirelli would sit down with teams, governing body the FIA and F1 to "discuss the result of the test and see what is better for the sport".