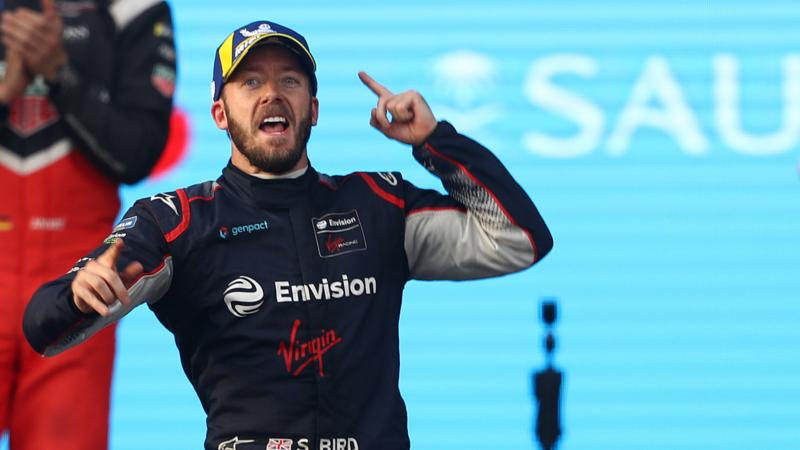 Bird took his ninth career win in Ad Diriyah, on the outskirts of Riyadh, but remained focused on the second race on Saturday (12:00 GMT on the BBC).

He said over team radio after crossing the line: "Thank you - it was the power of [his new] beard that did that."

Bird showed the independent Virgin team's car has a lot of speed coming into the new season, taking victory against two giant German manufacturers making their debuts in the all-electric racing series this year - Porsche and Mercedes.

Both rookie teams insisted they would take time to make an impact on a sport which has been a going concern since 2014, but Mercedes in particular qualified their cars second and third on the grid with Vandoorne and Nick de Vries respectively.

Brit Alexander Sims led from pole position in a race which was difficult to overtake because of the dusty circuit in the dry, desert conditions in Saudi Arabia.

He held the lead until late in the race as other drivers benefited from using their two Attack Modes - an extra 35kw of power twice during the race - at different stages.

As Vandoorne protected his lead from the advancing Lotterer, he sailed past Sims, somewhat surprisingly, into the lead of the race.

But Bird hunted down the Belgian - who was not able to use the second of his Attack Modes - and executed a slick pass to take the lead and hold on after a late safety car following Daniel Abt's crash.

Bird later added on the podium: "The team did an amazing job in the off-season - it is an amazing car.

"Last year was difficult and I went through a bit of a transformation. A lot of thinking and mental stuff - I'm fitter than ever before, and had massive weight loss. The team have learned a lot as well."

Defending two-time champion Jean-Eric Vergne started well down the field and retired from the race, but has a chance to atone in Saturday's race in Ad Diriyah. 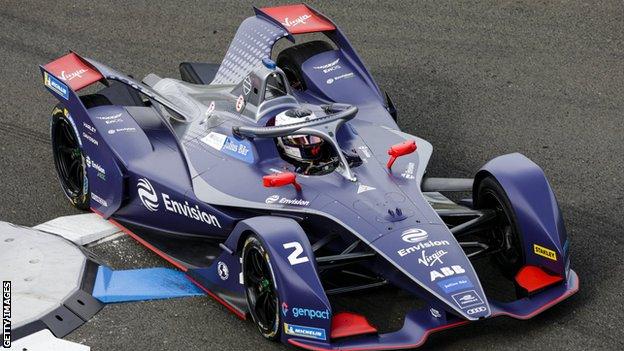 Bird has won nine races in his Formula E career