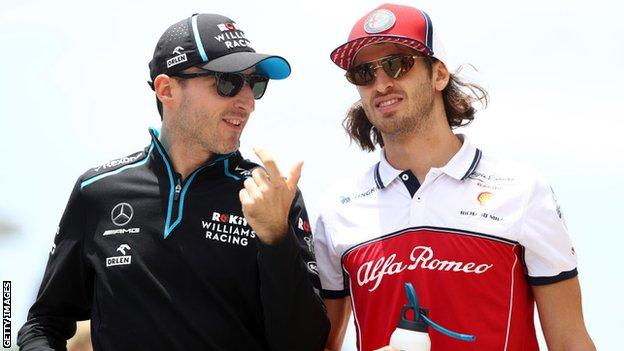 The Pole, 35, returned to Formula 1 last year with Williams, eight years after a horrific rally accident left him with only partial movement in his right arm.

Kubica will race a BMW M4 in the DTM for the privateer ART Grand Prix team.

He said: "The DTM has appealed to me for a long time. I'm really looking forward to starting this new chapter."

Kubica's drive is for a team that has affiliations to Alfa Romeo - it was founded by their team boss Fred Vasseur.

And he will dovetail his DTM duties with a role as Alfa Romeo reserve driver in F1 in 2020.

The move comes after Kubica tested a BMW DTM car at Jerez in Spain last December.

Kubica added: "I believe the DTM is one of the strongest and best race series in the world. I immediately felt at home in the BMW M4 DTM at the test.

"ART Grand Prix has been a big name on the international motor racing scene for years. I am sure we can achieve a lot together in the DTM."

BMW motorsport boss Jens Marquardt said: "This is really great news for the DTM. After the test in Spain last December, Robert Kubica made no secret of the fact that he could imagine a future in the DTM.

"It is great that ART Grand Prix is now allowing him the opportunity to contest the 2020 season in a BMW M4 DTM. Robert showed during the test that he is very good in a DTM car. He is a real asset to the series."

What happened to his F1 career? 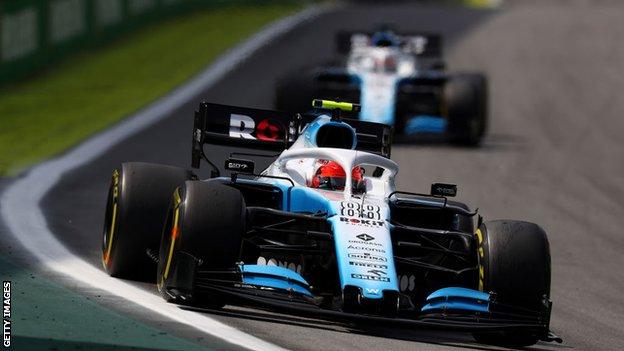 Kubica is the first and so far only Pole to race in F1 and before his accident in 2011 was regarded as one of the leading talents of his generation.

He had won one race for BMW Sauber, the 2008 Canadian Grand Prix, had excelled in a Renault in 2010 and at the time of his accident had signed to join Fernando Alonso at Ferrari for the 2012 season.

But the accident on a minor rally in northern Italy changed his destiny, when he lost control and crashed into a road-side barrier, which pierced his Skoda car and inflicted multiple injuries.

Kubica suffered a number of fractures but his most serious injury was a partially severed right arm.

He had numerous operations and extensive rehabilitation, but the arm remained withered and he was unable to use his right hand, forcing him to learn how to become left-handed.

Despite that, he pressed on with his dreams of returning to motorsport and after some years in rallying and doing simulator work for Mercedes, by the winter of 2016-17 he began to believe he could attempt a return to F1.

He conducted three tests for Renault in the course of 2017, before the team decided not to press ahead with signing him for 2018.

And Williams backed out of an intention to put Kubica in their race car for 2018 after a post-season test in Abu Dhabi, where they believed he struggled compared to Russian Sergey Sirotkin.

But after unconvincing performances from Sirotkin and team-mate Lance Stroll in 2018, Kubica was promoted to the race seat alongside novice and Mercedes protege George Russell.

He scored the team's only point of the season, in a wet and chaotic German Grand Prix, but was out-qualified by Russell at the vast majority of races at an average performance deficit of more than 0.5secs a lap.

And at the Singapore Grand Prix in September he announced he was leaving Williams to pursue other opportunities.