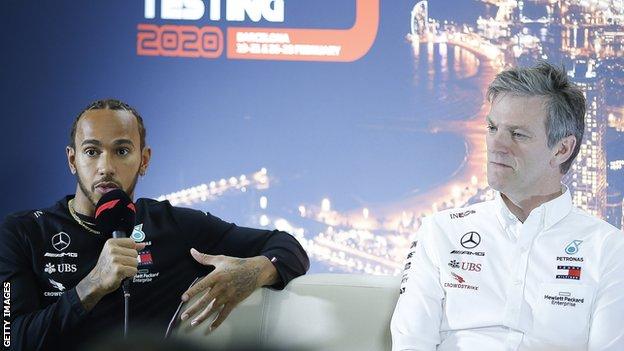 Mercedes believe a trick steering innovation which could give them an advantage in 2020 is within the rules.

Technical director James Allison said it "introduces an extra dimension for steering which we hope will be useful".

He said governing body the FIA was aware of it. "The rules are clear about what's permitted on steering systems. We're pretty confident that it matches those requirements," he said.

He declined to elaborate further on the purposes of the system. 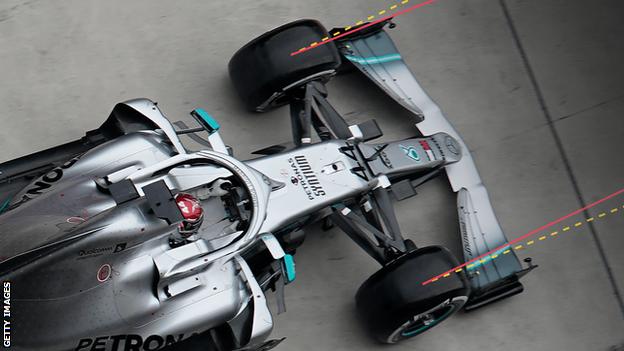 World champion Lewis Hamilton said of the system: "We're trying to get on top of it, understand it, but safety wise no problem today and the FIA are OK with the project.

"For me it's really encouraging to see that my team is continuing to innovate and stay ahead of the game, and I think that's down to the great minds in the team and so hopefully that'll work to our benefit."

The system is known as 'dual-axis steering' and Allison said: "It is an innovative idea which allows the drivers an extra dimension of control on the steering system."

The Mercedes system came to light from on-board camera footage on the second day of the first pre-season test at Spain's Circuit de Barcelona-Catalunya.

Hamilton could be seen pulling the steering wheel towards him at the start of straights, which appeared to change the angle of the front wheels by moving their forward edges towards the centreline of the car.

Then, before the next corner, he would push the steering wheel away from him again, which changed the angle back so the leading edge of the front wheels was angled further away from the car.

The system allows the driver to alter the 'toe-in' of the front wheels - or their angle relative to the longitudinal axis of the car - while driving.

All F1 cars run a degree of 'toe-out' - which effectively means that the front part of the tyres are turned outwards by a few millimetres. This is beneficial when the driver turns in to the corner as it gives them more grip and stability.

The exact purposes of the Mercedes system are not clear.

However, as 'toe-out' means the wheels are not perfectly parallel to the car, it creates a degree of 'tyre scrub' on the straights, where the tyre is being dragged slightly at an angle.

This can cause problems with tyre temperature, which is a crucial area of F1 car performance.

Allison refused to explain how the system worked, saying: "I hope you'll forgive me for not expanding further. I'm pleased we got it on the car, it seems to be useful, and we'll see over the coming days how it benefits us."

Ferraris' Sebastian Vettel said the system had caught his team by surprise.

"It looks interesting," he said. "I guess the fact that they are running with it means that it is legal. I don't know if it works.

"I guess there is quite a lot of work to bring it to the track it is probably not as easy as it looks for the driver to work with it. But we will see. For sure it was a novelty for us to see."

But he said he did not think the system on its own was the difference between winning and losing.

"I don't think it will give you much," he said. "Maybe I am underestimating it but I don't think it is the ticket to win. I think there is a lot more elements to building a competitive car. But for sure it is an innovation and we will see whether it is something everyone has to pick up on or not."

F1 teams are always searching for design innovations within the boundaries of the rules that can give them a decisive advantage over their rivals.

If the system makes the Mercedes quicker - and they would not have put it on the car if not - it could take other teams weeks or even months before they can negate that advantage with their own versions of the design.

Hamilton is this year aiming to win a seventh world title, which would equal the all-time record of Michael Schumacher, while Mercedes are bidding to expand their record of six consecutive driver and constructors' championship doubles into a seventh year.