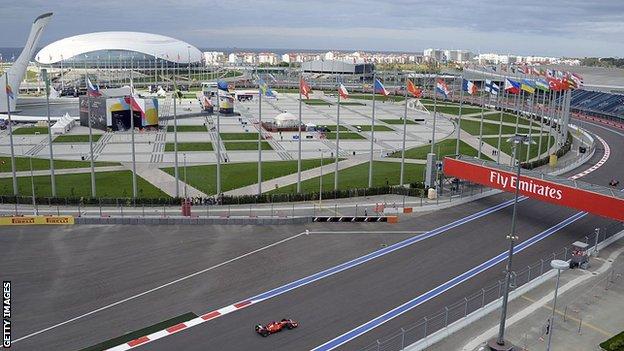 Formula 1 has added two more races to its 2020 calendar as it seeks to rebuild the season during the coronavirus crisis.

Italy's Mugello will stage its debut Grand Prix on 13 September, with the Russian GP in Sochi on 27 September.

The two additions take the total number of races confirmed so far to 10.

F1 bosses are aiming to add further races within the coming days and are said still to be on target for a calendar of 15-18 races this year.

The Portimao track in Portugal, another venue new to F1, is expected to host a race after Russia.

Talks had been at an advanced stage with China and Vietnam for their races to be rescheduled in late autumn after their original spring dates had to be cancelled.

But the Chinese government announced on Friday that there would be no international sporting events in the country for the remainder of the year other than trials for the 2022 Winter Olympics.

Hope is fading for the Canadian Grand Prix in Montreal, as the early onset of winter in Quebec means the event has to be held at the latest on the first weekend in October.

The season is expected to end in the Middle East, with two races in Bahrain followed by the season-closer in Abu Dhabi.