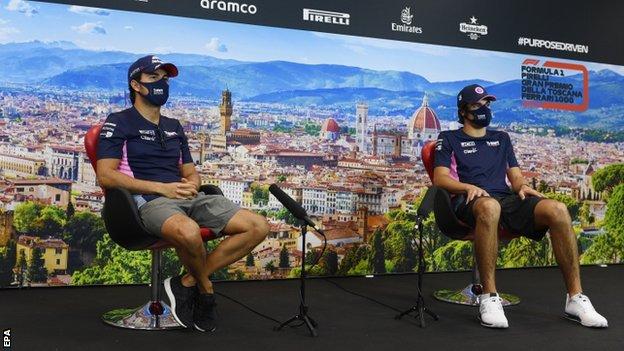 Ten personnel involved with Formula 1 have tested positive for coronavirus in the past week.

The number is the highest of any week since the season resumed in early July after the global pandemic forced the original start to be postponed.

Previously, the highest number of positive tests in a week was seven.

F1 believes it could handle even higher numbers than this and keep the season running as a consequence of the health protocols it has introduced.

Last weekend's Grand Prix was in Russia, where local restrictions are looser than in western Europe. For example, locals in Sochi were generally not wearing masks, and social distancing was not widely practised.

The sport did not provide names of positive cases but Will Buxton, an English presenter for F1's in-house television broadcasts, said last week that he had tested positive.

Buxton missed the Russian Grand Prix and is recovering at home in the UK.

F1 said all those who tested positive were "ancillary personnel".

A statement added: "Those cases have been managed quickly and effectively without impacting the event. The presence of fans has not affected that situation as the public was not allowed to enter the F1 bubble as per our protocol in force."

Only one driver has contracted coronavirus this season - Racing Point's Sergio Perez tested positive in July and missed the two Grands Prix at Silverstone.

F1 has a series of strict arrangements to try to prevent the spread of the virus, including keeping teams apart from each other at the track, creating a series of 'sub-bubbles' within each team, and requiring masks to be worn in public at all times.

Limited numbers of television crews are allowed into the paddock but all interviews are conducted in masks and at a minimum distance of two metres.

Written media are not allowed into the paddock and news conferences and interviews are conducted via the internet.