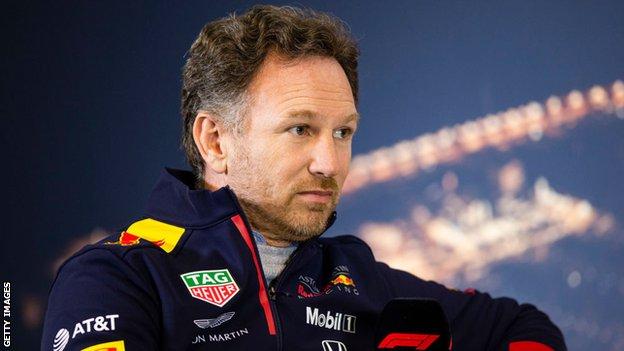 Red Bull's engine partner Honda is to leave Formula 1 at the end of 2021.

The move leaves Red Bull and Alpha Tauri needing to find an engine supplier and the sport with just three engine companies.

Honda said the move was a result of the transformation of the car industry away from internal combustion engines.

They are pursuing "carbon neutrality by 2050" through "future power-unit and energy technologies, including fuel-cell vehicle and battery technologies".

Red Bull team principal Christian Horner said: "The shifting focus within the automotive industry has led to Honda's decision to re-deploy their resources and we understand and respect the reasoning behind this.

"Their decision presents obvious challenges for us as a team but we have been here before and with our strength in depth we are well prepared and equipped to respond effectively, as we have proven in the past.

"Our joint focus for the remainder of the 2020 and 2021 seasons are unchanged, to fight for victories and challenge for the championship."

Red Bull said they "remained committed to the sport in the long term" having signed a new contract with F1 last month.

"We look forward to embarking on a new era of innovation, development and success," said Horner. "As a group, we will now take the time afforded to us to further evaluate and find the most competitive power-unit solution for 2022 and beyond."

Honda returned to F1 in 2015 and spent a difficult three years with McLaren, with both engine and car not at a competitive level.

The company switched to Red Bull's junior team Toro Rosso for 2018 and then Red Bull itself for 2019, and have won a total of five grands prix over the last two years.

However, Red Bull and Honda have been unable to provide a consistent challenge to world champions Mercedes, who this year have increased their margin on the field.

Honda president Takahiro Hachigo said that despite the decision, it would press ahead with plans for a new power-unit design for 2021, with the aim of challenging for the world championship.

What do Red Bull do now? 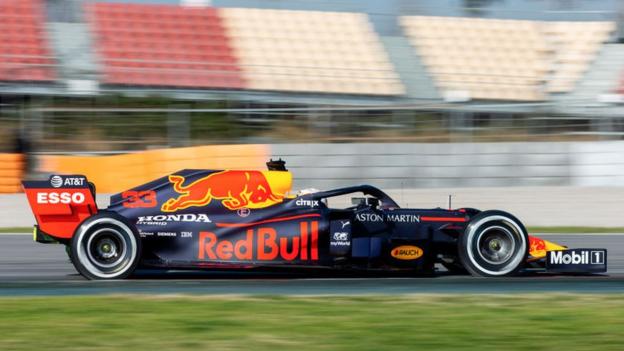 Honda's decision puts Red Bull in a difficult position when it comes to engine supply.

Mercedes will already be supplying three teams alongside their factory team in 2021 - McLaren, Racing Point and Williams - and have previously refused to supply engines to Red Bull.

And Red Bull split with Renault on acrimonious terms at the end of 2018, after years of the team criticising the company for the lack of performance of their engines.

Renault, which in 2016 re-entered F1 as a constructor, is unlikely to be especially keen on resuming that partnership, even though the pair won four consecutive world title doubles together from 2010-13.

Ferrari supply engines to Haas and Alfa Romeo in addition to their works team, and last supplied engines to a Red Bull-branded team with Toro Rosso in 2013.

However, Ferrari's engine is the least competitive in the field this year after a series of rule clarifications, while Renault's appears to be the next best after Mercedes. So Red Bull may feel their best option is to try to repair relations with the French company and pursue a supply deal with it.

F1 rules dictate that engine manufacturers must supply up to three teams if called upon to do so, and Renault F1 managing director Cyril Abiteboul said on Friday that the company would meet its obligations if required.

There is a window from May next year for manufacturers to notify governing body the FIA about which teams they intend to supply.

Abiteboul said: "I guess that it is only at this point in time that will be discussed if Red Bull fail to find a solution, which I really hope will not be the situation."

What are the ramifications for F1?

Honda's decision underlines the complex and sensitive situation faced by F1 as it considers how to move forward with a new engine formula from the middle part of the 2020s.

The engines the sport currently uses are 1.6-litre V6 turbo hybrids, an architecture arrived at after consultation with global car manufacturers, and they have produced a revolutionary step forward in efficiency.

An F1 engine's thermal efficiency - its rate of converting fuel-energy to power - is more than 50%, compared with just over 30% for a typical road-car engine.

However, what Honda described on Friday as "a once-in-100-years period of great transformation" for the road-car industry has seen a huge shift in focus towards electrification, as manufacturers seek to respond to the challenge of the climate crisis and legislative restrictions on internal combustion engines in many countries.

Electric technology is not sufficiently developed to power a vehicle at F1 speeds for the duration of a grand prix, so the sport's highest category cannot go fully electric.

F1 bosses are pursuing other ways of reducing carbon consumption within the current hybrid technology and are aiming to promote synthetic fuels, which capture carbon from the atmosphere in their manufacture and are therefore carbon neutral.

But Honda's decision raises the question of how long other manufacturers will consider that hybrid engines - mixing internal combustion with electrification - will remain relevant for them as a method of promotion and development, although Mercedes insist that hybrid engines will be a major part of their road-car range for years to come.