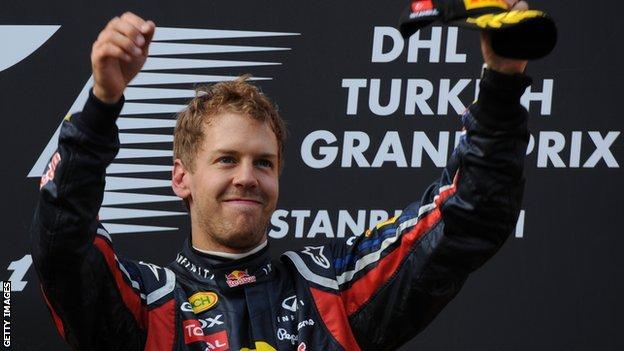 Organisers of the Turkish Grand Prix have abandoned plans to invite fans to November's race because of Covid-19.

A statement from the Istanbul governor's office on Monday said the event at the Istanbul Park track on 13-15 November would be held without spectators.

The decision was made on the recommendation of the coronavirus provincial pandemic committee.

Coronavirus cases are rising in Turkey, as in many European countries.

An F1 spokesperson said: "Our season has been guided by a safety first approach and that will continue to be our priority.

"In Turkey we were looking forward to seeing fans but the situation in the country means this is no longer possible and we fully understand and respect the decision."

The first eight races of the season were held behind closed doors, but the past two grands prix have been held with spectators.

The first was the Tuscan Grand Prix, when 2,800 spectators a day were allowed into the Mugello track over the weekend of 11-13 September.

The Russian Grand Prix in Sochi, the most recent event held, also invited spectators, while this weekend's Eifel Grand Prix at Germany's Nurburgring will allow up to 20,000 fans.

The following events in Portugal and Imola in Italy are also planning to allow fans, as long as cases do not rise in a concerning fashion in those countries.