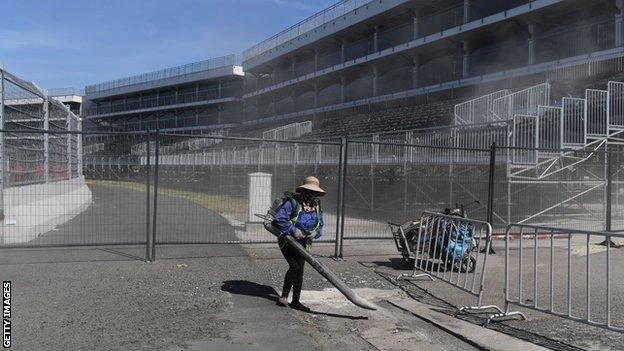 Organisers of the Vietnam Grand Prix have confirmed the cancellation of the country's first ever Formula One race due to the coronavirus pandemic.

The Grand Prix was originally scheduled for April, but had been postponed because of the Covid-19 outbreak.

Hanoi city authorities had said in July they hoped the race could be run in November.

But Formula One announced a revised end to the season in August, without the planned races in China and Vietnam.

The Vietnam Grand Prix Corporation said on Friday: "This was a very difficult decision for all of us to make but ultimately it was the only solution after carefully reviewing all safety criteria as well as the efficiency under current conditions."

Vietnam has recorded more than 1,110 coronavirus infections, with 35 deaths, according to the country's health ministry data.